Another day, another protest filed in governor's race 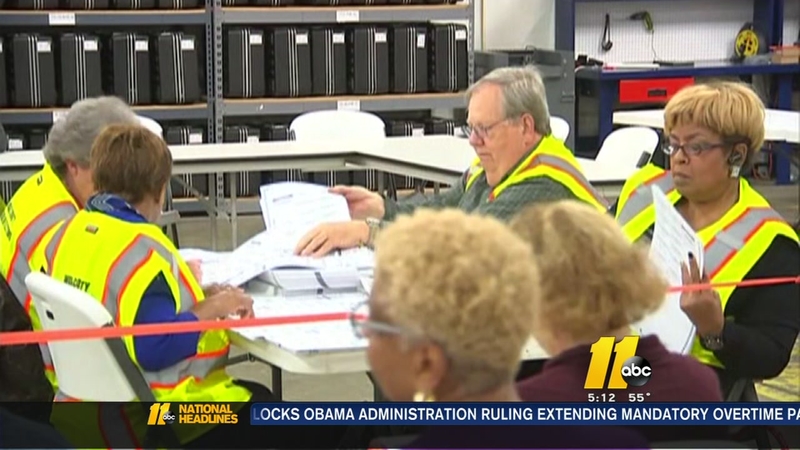 Another day, another protest in govenror's race

RALEIGH (WTVD) -- Another day, another challenge from North Carolina Republicans.

Wednesday marked 15 days since Election Day, with 78 of 100 North Carolina counties certifying their election results. The other 22, including populous Wake, Durham and Mecklenburg, are still delayed.

Republicans filed more than 50 protests in 34 counties, challenging the validity of voters they claim are either dead, in prison or ineligible in some other way.

The latest question revolves around absentee ballots and the envelopes used to send them. Woodhouse says the worry there is there could be a discrepancy with signatures and witnesses. The NCGOP claims the Durham Board of Elections is withholding those envelopes, and that leads to suspicion.

"They are withholding vital election information, and we will not settle with their excuses," the NCGOP released in a statement. "If there is nothing to hide, they should produce the absentee ballot signatures, otherwise they are condoning a very serious and potentially huge case of voter fraud in North Carolina."

The State Board of Elections is scheduled to meet on Tuesday to certify the results of the election, but that will not happen until all other counties finish their canvasses.

As of Wednesday afternoon, Roy Cooper led the race for governor by 7,686 votes.