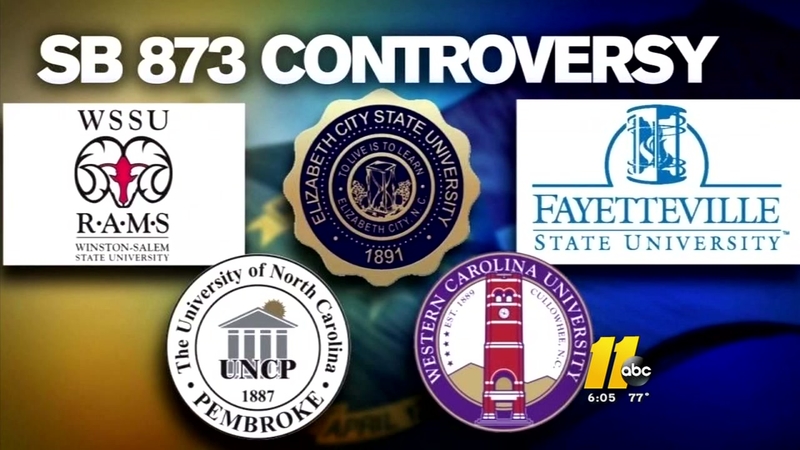 RALEIGH (WTVD) -- North Carolina Senator Tom Apodaca told ABC11 Wednesday he's surprised and hurt by the reaction to his proposal to lower tuition at some of the state's historically black colleges and universities.

"I've never tried to help people in my life and be treated so poorly," he said.

Supporters say the bill would attract more students to colleges struggling with enrollment and finances, but critics argue it will lead to the ultimate demise of historically black schools like Winston-Salem State, Elizabeth City State, and Fayetteville State by lowering the value of an education there.

The North Carolina NAACP called the bill an attempt to put historically black schools out of business.

"This bill attacks people of color directly. The goal is clear: disperse these centers of cultural, intellectual, and political power, and disrupt the mission of HBCUs by bankrupting them," said North Carolina NAACP President Reverend William Barber.

The bill cleared a senate committee last week after lawmakers added that the state will spend $70 million to help the universities cover the revenue loss. But despite the $70 million to cover the lost tuition money, the NAACP argues there's no guarantee future lawmakers would continue that funding.

Speaking with ABC11 Wednesday, Senator Apodaca said the critics have it all wrong.

Senator Apadoca says he's been shocked by the reaction to the bill.

"We want the universities to be healthy and to thrive and they're not right now," he said.

And Apodaca said what makes the criticism especially bewildering is he's a graduate of Western Carolina - one of the schools on the list.

"We're trying to help them survive and what really upsets me is my alma mater is in this bill and I would do nothing to hurt my alma mater. I met my wife there. My two children graduated from there. So I'm extending this across the state geographically, but I'm to the point now that if perhaps they don't want to be in this bill I'll be willing to take them out,"

So now Senator Apodaca is considering amending his bill to take the other schools out.

"We can certainly spend that $70 million somewhere else," he offered. 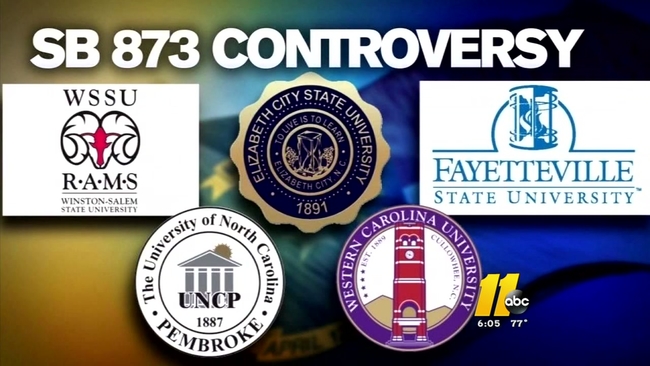