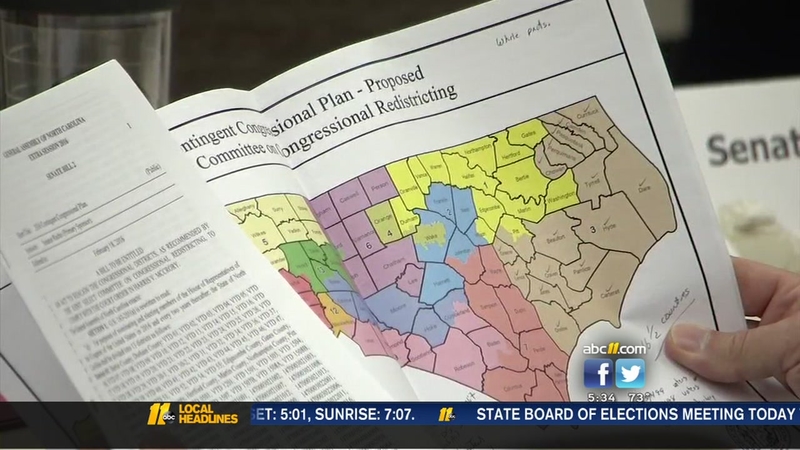 RALEIGH (WTVD) -- As if we needed another twist in the 2016 elections; but what we got, was a blockbuster.

A panel of three federal judges - two Democratic, one Republican - ruled that 28 state legislative districts had been racially gerrymandered by the Republican legislature after the 2010 census, ordered new maps to be drawn, and new elections to be held next year.

Broadly, the court found that lawmakers had illegally and unconstitutionally packed districts with minority voters to dilute their votes.

It's something liberals and critics of many of the Republican-driven policies over the past six years have been decrying since the maps were drawn.

Nineteen House districts and nine Senate districts will have to be redrawn by March 2017 according to the court order, but attorney Michael Weisel says far more will likely be impacted.

"You're going to have a very large number of House seats and at least some portion of the Senate in more competitive districts," Weisel said. He predicts as many as 50 House districts could change and 18 Senate districts.

Under the schedule laid out by the three-judge panel, the primary elections would likely be in the early fall and the elections set for November. Much like the maps themselves, which Republicans get another 'first' crack at, the legislature can also set the dates of the elections, but the court reserves veto power.

All that assumes the court order moves forward. Republicans are promising an appeal, which would go to the full U.S. Supreme Court. Sen. Bob Rucho (R-Mecklenburg) pointed out that other federal courts have ruled the same maps legal and questioned the ruling by the Fourth Circuit.

"What the Fourth Circuit court put forward (Tuesday) would be the single largest disenfranchisement of the voters in North Carolina history," asserted the Executive Director of the NC GOP, Dallas Woodhouse. "We would go from somewhere around 5 million people voting on legislative elections to probably 300,000. And we're going to overthrow one full year of a General Assembly. And we're going to throw out the legally cast votes of 4.5 million people in North Carolina. What the Fourth Circuit court has suggested is nothing but a banana republic kangaroo court that would disenfranchise 4.5 million people from districts that were precleared by the U.S. Justice Department and have had now three elections in them."

"All of a sudden you have one circuit court," Rucho joined in, "the most liberal, that has decided that they don't believe in following legal precedent; that they don't believe in following the constitution; and they use their own, let's just say, their own fabricated law and interpretation of the constitution. This will be handled by the United States Supreme Court," Rucho promised. "I think we have a rogue court there right now, and it needs to be addressed by the U.S. Supreme Court."

Woodhouse put a point on the going conservative theory behind the court's ruling.

"Let's be clear what the goal here is," he said. "This court does not intend to let the General Assembly draw districts and hold elections next year. They intend to force the General Assembly to draw districts, to then invalidate those, insert their own maps, overthrow the votes of 4.5 million people, and present what is in essence a bloodless coup."

Weisel dismissed those claims out of pocket.

"This is just part of the continued delegitimization of both the election process and the judicial process. These are respected jurors. They're federal judges. They've gone through a vetting process. They are, generally, bipartisan. And it was a unanimous decision; you know, 3-0. So to call into question and use the kind of rhetorical language is really a disservice. You don't hear that kind of language if the decisions go in the direction that the legislature likes."

We put that pushback to Rucho.

"I'm saying to you that I disagree with the opinion of the court, specifically by the judge that wrote the opinion," he said.

When we pointed out that it was a unanimous decision, Rucho replied, "Well you heard what I said. I stand by my statement."

Meantime, Democrats in Raleigh are watchful for a potential move by Republican lawmakers to add two more conservatives to the state Supreme Court and flip the balance back to the political right (as of November's election, Democrats have a 4-3 majority on the NC Supreme Court).

Republicans have so far called this a rumor "circulated by Democrats," but most haven't disavowed the idea in principle.

Asked if he would support such an effort, Rucho wouldn't take a stand, adding to speculation that Republicans are considering the notion. You can watch Rucho's response below:

NC Sen. Bob Rucho responds to speculation the NC GOP is considering tipping the balance of the NC Supreme Court. 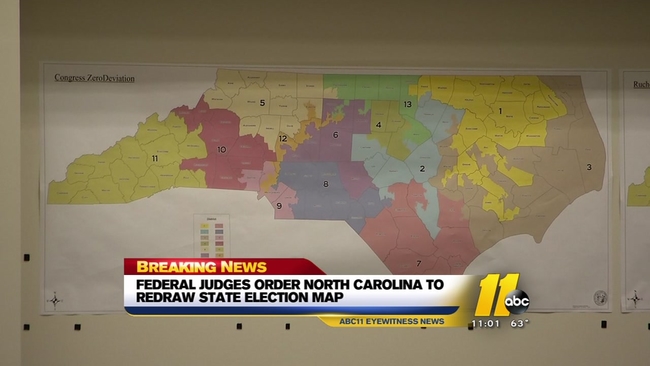