WTVD
By Joel Brown
As President Donald Trump and Governor Roy Cooper face off over the future of August's Republican National Convention in Charlotte, ABC11 spoke to three Triangle Republicans who will go to the RNC as delegates to formally nominate the president for a second term.

Amid the pandemic, Darryl Mitchell, Johnston County's Republican Chairperson, said he's still on board to go.

Alan Swain, delegate and candidate for North Carolina's 2nd Congressional District said, "Yes, I do plan to to attend. I think it's critical."

And Donna Williams, Chairperson of the Wake GOP, is eager to be there as well, but also has her health to consider.

"I'm immunocompromised. So, with that said, as long as my doctor approves and things are not that bad," Williams said.

On Monday, President Trump threatened by tweet to move the RNC out of North Carolina if the governor did not allow for a packed arena in uptown Charlotte.

I love the Great State of North Carolina, so much so that I insisted on having the Republican National Convention in Charlotte at the end of August. Unfortunately, Democrat Governor, @RoyCooperNC is still in Shutdown mood & unable to guarantee that by August we will be allowed...

"We have a governor who doesn't want a state open," Trump told reporters on Tuesday when asked about the controversy.

"I will say that it's okay for political conventions to be political. But, pandemic response, cannot be," the governor said at his Tuesday coronavirus briefing.

Gov. Roy Cooper on President Trump's threat to pull the RNC from North Carolina: The response to a pandemic can't be political

The local delegates said they're prepared to accept a scaled-down version of the convention: fewer people with a lot more social distancing.

"The virus is real, there's no doubt about that," said Mitchell. "However we're smart people. We know how to interact. As the governor says, the 3 W's: wear a mask, wait 6 feet apart. We wash our hands. We can do that."

“The virus is real. There’s no doubt about that. However, we’re smart people. We know how to interact.”
• • •
Republican National Convention delegates from the Triangle weigh in on President Trump and Governor Cooper’s public dispute over #RNCinCLT and #COVID safety#abc11 pic.twitter.com/nEW8kWSpZH

"We're not talking about letting thousands of people inside the arena where we could be spreading the virus. I think if we do the right thing, safety precautions, we can do this," Swain added.

Republican governors in Georgia and Florida said they would welcome the convention if North Carolina falls through.

"I just think a lot of politics is being played. And at this point if it has to switch states, I'm sad about that - but we need to plan a convention," Williams said.

We asked the delegates about their comfort level attending a large-scale event in a city and county where COVID cases are currently surging.

Gov. Roy Cooper explains why North Carolina is not ready to reopen completely

"Yes, absolutely, I think Mecklenburg is a great site. It was chosen for a reason," Mitchell said. "But the number that jumps out for me is the $160 million in economic impact."

"I feel comfortable with Mecklenburg," said Swain. "I probably wouldn't want to go to New York City. Once you get relatively comfortable with what's going on with Phase 2, you should know something. But guess what? You're too late if you're gonna cancel the RNC's convention."

For Williams, she insists a lot can change in the 90 days until the nominating party. "Today, I wouldn't want to go (to Charlotte), to be honest, because of my personal (health) situation," she said. "But in August, if things are better there, then yes."

By Tuesday, Mecklenburg County's COVID case count was at 3,400. That's more than twice that of Wake's, the second-highest county. 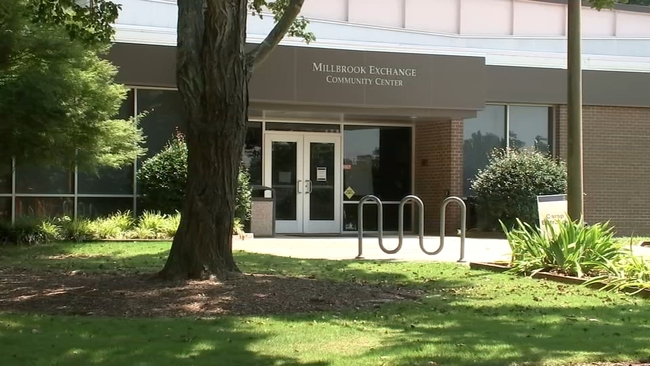