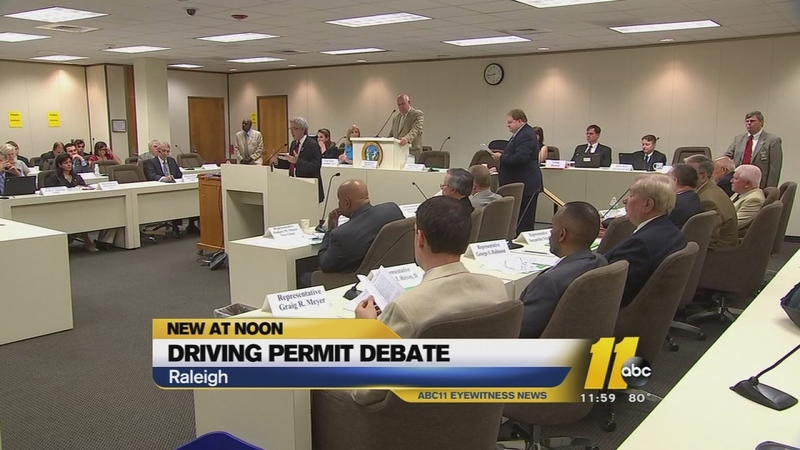 RALEIGH (WTVD) -- North Carolina lawmakers debated Tuesday over a proposed bill that would grant special driving permits to people in the country illegally.

When the proposed bill, House Bill 328, was first brought up for debate it created such a big fuss it was tabled.

The debate resumed Tuesday morning, but in the end, the bill made it out of a House committee favorably, with a 22-to-11 vote.

It came after the bill's sponsor talked up its potential benefits -- making undocumented residents who drive in North Carolina accountable by requiring the purchase of insurance.

They would also be required to pay for fingerprinting and background checks.

The information would be kept on file by the state and accessible by law enforcement.

Critics have said the ID would legitimize undocumented workers, and encourage others to move here.

However, lawmakers who voted in favor of the bill Tuesday said those workers aren't the only ones who could benefit.

"People are driving now without insurance, without licenses, and we've got to get a handle on that to protect the public safety," Rep. Paul Stam said.

Advocates for the undocumented said the vote is a plus for those who are already working and want to get on the path to citizenship.

The bill now goes to the House.