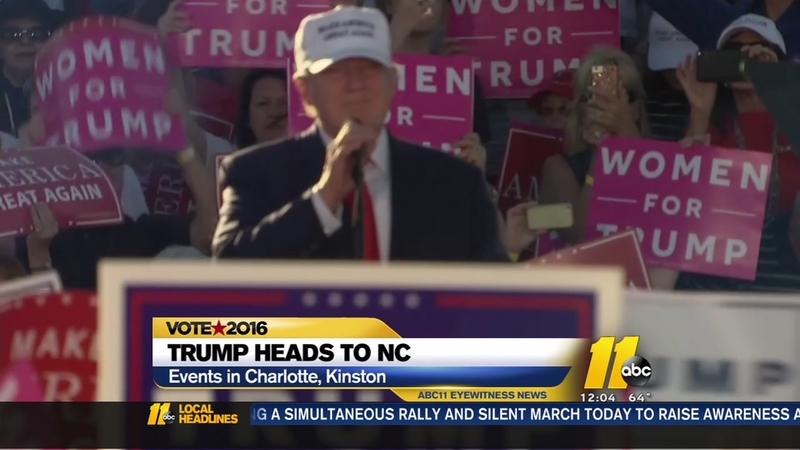 Trump was scheduled to speak inside a downtown Charlotte theater late Wednesday afternoon and hold a rally at the Kinston Jet Center at night. Trump has visited North Carolina regularly since accepting the nomination in July. Running Mike Pence also has been a frequent visitor to the state, including earlier this week.

The Kinston rally will take place at 7 p.m. at the Kinston Jet Center. Gates will open at 4 p.m.

Hillary Clinton is expected back in North Carolina on Thursday to campaign with help from first lady Michelle Obama at the Joel Coliseum in Winston-Salem. Former President Bill Clinton and ex-Vermont Gov. Howard Dean also are holding events in North Carolina on the Democratic nominee's behalf Wednesday.