Voters in Wake, Durham, Cumberland, Mecklenburg, Buncombe, Forsyth, and Guilford all elected African-American sheriff's Tuesday night. In all but Wake and Mecklenburg, it was the first time doing so. 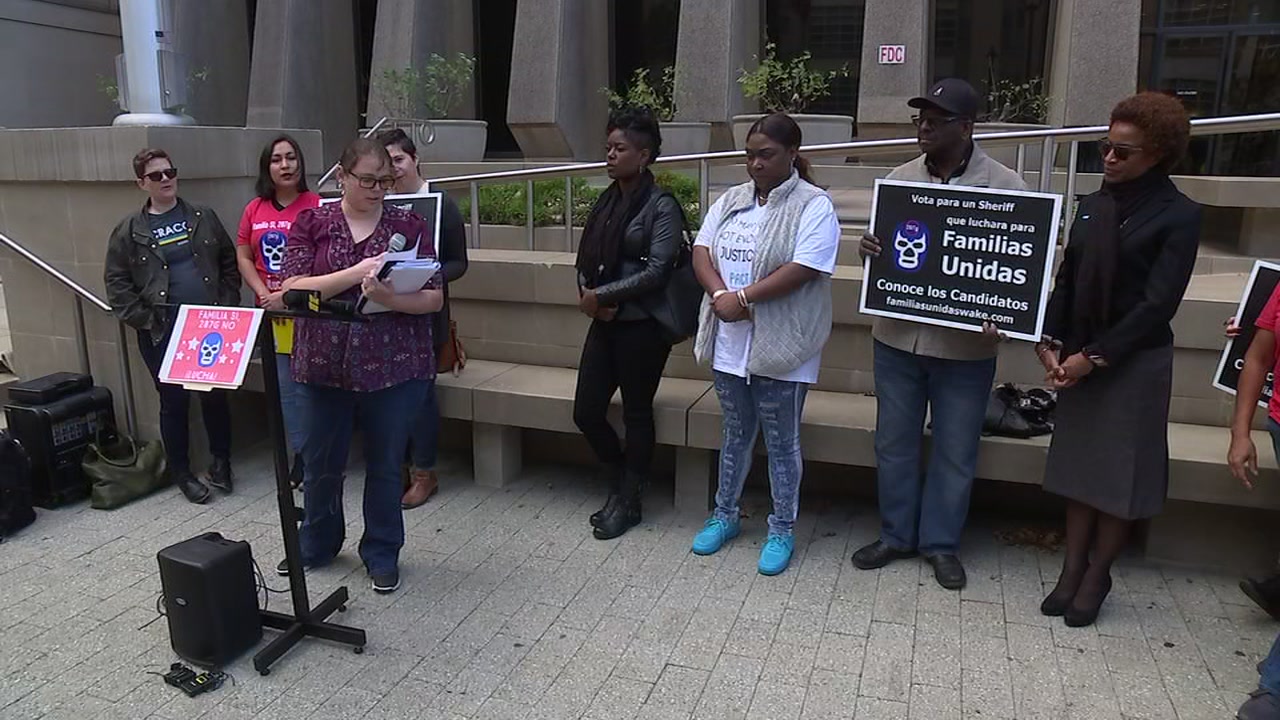 Activists say Wake sheriff's race was referendum on humanity
Longtime Sheriff Donnie Harrison was voted out of office Tuesday and many think it's because of his cooperation with a controversial program that can turn over undocumented immigrants who commit crimes to federal authorities.

"In order to make change, voting is a key on the local level. And it starts at the sheriff's department and the local races," said Calla Wright, with Justice Served NC.

Wright added that it was necessary to continue to hold elected officials accountable.

"What we have been doing is trying to educate our community about the power of their vote, and making sure they do exercise their rights and their powers," added Diana Powell, also with Justice Served NC.

"Will they carry the issues that the voters cast on Tuesday, and make sure that they dole out their leadership positions so that folks can trust them for a vote in the next four years," said Marcus Bass with Advance Carolina.

While some races were essentially all but decided in the primaries -- for example, Durham Sheriff-elect Clarence Birkhead faced only write-in votes Tuesday, Wake County Sheriff-elect Gerald Baker had to wait until late in the night to declare victory.