Ellmers under fire for 'rude' remark about woman's weight 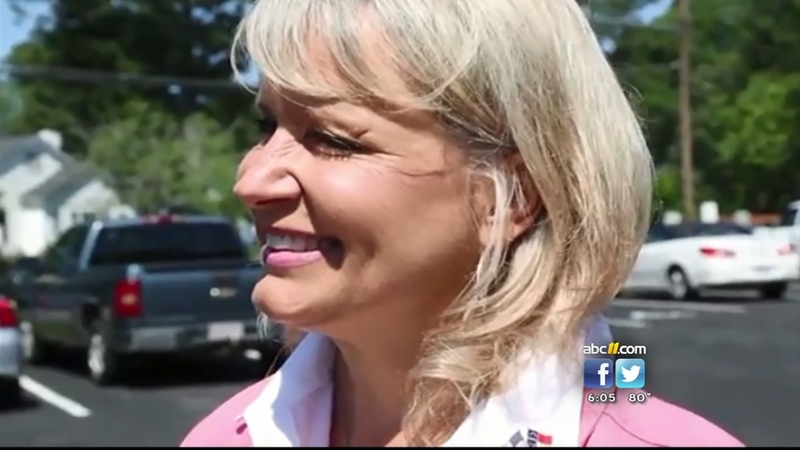 Ellmers under fire for 'rude' remarks

DUNN, N.C. (WTVD) -- Congresswoman Renee Ellmers is under fire Wednesday, with some political blogs calling her a "mean girl on steroids." Just hours before losing her reelection bid to U.S. Representative George Holding, she was caught on camera telling a former supporter she's been "eating too much barbecue."

Holding's campaign worker, Maggie Sandrock told ABC11 she still has not received an apology from Ellmers in regards to the joke made about Sandrock's weight.

Tuesday evening, Ellmers was at Wayne Avenue Elementary School, which serves as the West Averasboro voting precinct. Ellmers was caught on camera telling Sandrock she had "put on weight" from eating "too much pork BBQ." The Raleigh News & Observer caught Ellmers' immediate reaction after making the comments.

Sandrock told ABC11 the comments were "typical Renee" and something you might find given the state of today's politics.

"It's Renee's tendency to get a little combative when she's challenged, when you question a position, when you put her into a corner, or when you don't agree with her." Sandrock said. "It's not the first time that she's been angry or defensive. I can't recall a time where she's been quite this rude with someone, but it's not surprising."

However, Sandrock feels the comments were too personal. She said she was embarrassed in front of everyone after Ellmers made her remarks.

"It's a little shocking, it's a little jarring. But I don't react to stuff like that generally, so I threw my hands up in the air and said that's campaigning," Sandrock shared.

Many political blogs have called out Congresswoman Ellmers for her comments. Some have even called her a "sore loser" after Tuesday's defeat to George Holding. And, although Sandrock isn't pleased with what happened, she understands why the pork BBQ reference was made.

"The joke in North Carolina is you eat a lot of pork BBQ during campaign season," Sandrock told ABC11.

ABC11 reached out to Ellmers on Wednesday for an apology or a more detailed response to the comments she made. However, no response had been received by the time this article was published.