RALEIGH (WTVD) -- Republicans in the North Carolina House and Senate have completed their override of Governor Roy Cooper's veto of a measure trying a second time to combine the state elections board and ethics commission.

The Senate voted Monday night with no debate by a margin exceeding the three-fifths majority necessary to cancel a veto. The House voted Tuesday and the bill now becomes law.

"Gov. Cooper vetoed Senate Bill 68 so he could wield political influence over elections and ethics investigations in North Carolina, but the House has preserved fair and consistent enforcement of campaign finance and lobbying laws by a bipartisan board the governor will appoint," said House Rules Chairman David Lewis (R-Harnett) in a news release announcing the House vote.

Cooper successfully sued to strike down a law approved before he took office combining the two panels. So, Republicans tried again with a retooled measure.

Cooper says the new bill remains unconstitutional and the combined board would make it harder to protect voting rights. Republicans praise the measure as encouraging bipartisan cooperation because it would be split between Democrats and Republicans. 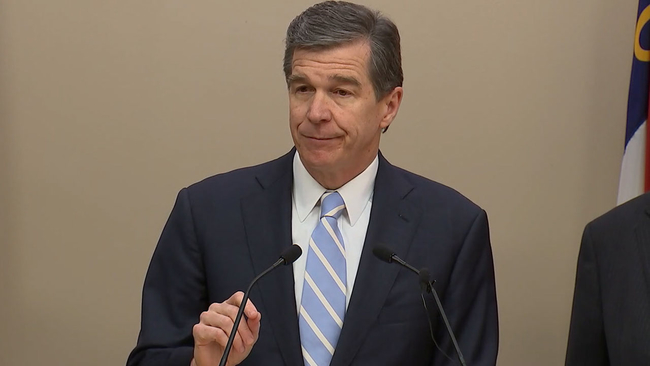