WTVD
By Jonah Kaplan
ZEBULON, North Carolina (WTVD) -- The grieving family of a fallen soldier says it harbors no anger nor resentment toward President Donald Trump for being late on his offer to donate money.

Jessie Baldridge, whose 22-year-old stepson Cpl. Dillon C. Baldridge died in Afghanistan, confirms the president offered $25,000 of his own money during a condolence call last summer.

"We just thought he was saying something nice," Baldridge told ABC11. "We got a condolence letter from him and there was no check, and we kind of joked about it. We didn't take to social media and didn't complain."

That check, according to White House officials, is now in the mail.

"There is a substantial process that can involve multiple agencies anytime the President interacts with the public, especially when transmitting personal funds," a White House official said Wednesday. "The check has been in the pipeline since the President's initial call with the father. The President has personally followed up several times to ensure that the check was being sent. As stated earlier, the check has been sent."

Spokeswoman Lindsay Walters said any suggestion the president didn't intend to follow through on his pledge, despite the months that have passed, is unfair.

"It's disgusting that the media is taking something that should be recognized as a generous and sincere gesture, made privately by the president, and using it to advance the media's biased agenda," Walters said.

Dillon Baldridge was killed in June when an Afghan security officer opened fire on his American counterparts in an insider attack. The Taliban claimed responsibility.

The Taliban took responsibility for the attack and claimed one of its terrorists "infiltrated" the army to carry out the ambush, which killed two other soldiers. The 2012 graduate of Franklinton High School in Youngsville had always dreamed of being a soldier.

"I feel betrayed," Chris Baldridge, Dillon's father, told ABC11 earlier this summer. "(Dillon's) over there training people to take care of themselves, and then they turn on us."

Now four months later, the Baldridges continue to grieve and much prefer their focus and attention remain on their beloved hero.

"The money (from President Trump) doesn't mean anything to us at all," Jessie Baldridge told to ABC11. "I would give my own life to have Dillon back." 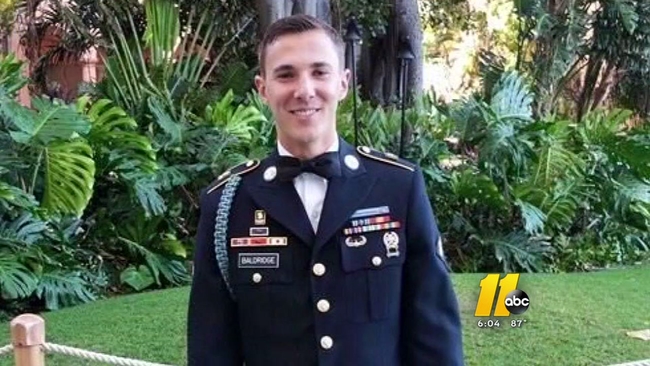 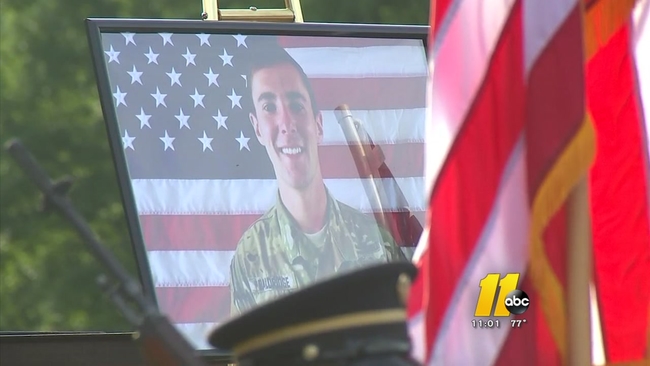