"This budget further fulfills my vision to increase average annual teacher pay to $50,000 for the first time in state history, provides a middle class tax cut, makes college more affordable and makes much needed investments to improve mental health services, all while strengthening our position as one of the fastest growing economies in the nation," McCrory said in a statement. "We look forward to building on our successes through these important investments for North Carolina's future."

The compromise budget includes a 2.8 percent spending increase and achieves both chambers' shared goals with McCrory of prioritizing teacher pay raises, cutting taxes on the middle class, controlling the growth of government spending and bolstering the state's savings.

The Republican state leaders said the budget continues to show their commitment to dramatically raising teacher pay with a plan to boost average teacher salaries to $50,186 next school year and to nearly $55,000 within three years.

The plan sets average teacher pay above $50,000 for the first time in state history and, when fully implemented, would mean average teacher salaries are up almost $10,000 - more than 20 percent - under Republican leadership since the 2013-14 school year.
The budget agreement also provides more than $550 million in salary and benefit changes for state workers, including a permanent pay increase and bonus for state employees and a cost of living bonus for state retirees. It invests hundreds of millions of additional dollars in public education and other core priorities and shores up the state's rainy day fund by close to $475 million. And it includes provisions to help make college more affordable and accessible to students across the state, strengthen and stabilize public universities with lower enrollment and stimulate regional economies.

The budget also provides tax relief to the middle class and small businesses by making the first $17,500 a family earns exempt from income tax over the next two years, with a family making the N.C. median household income of $44,000 annually seeing an additional tax cut of $110 next year alone. This will bring the total amount of tax relief since 2011 to approximately $3 billion per year.

"What we saw for years and years was overspending when you felt flush and then having to scramble back and either make cuts or raise taxes when we were in a downturn," Kokai said. "When you spend in a way that's limited year in and year out, you don't put yourself behind the 8-ball when the state is in bad shape, either because of a natural disaster or an economic downturn."

Many on the left aren't convinced.

"It is not addressing the serious needs of the state," said state Senator Dan Blue (D-Wake Co.) "We've had pent up needs in education, not just the teacher salary issue. It doesn't go down and put materials and supplies, computers and stuff in the classroom. So, if you basically strip it down so that nobody has very high expectations and then you exceed that just a little bit, you can claim it's doing various things but it is not an ambitious budget. It is not a forward looking budget and i think there are a lot of things it could have included."

"You can't complain as vocally as in the past because there were some increases for teacher pay, but there are a lot of holes in this budget. I'm simply saying, if we're going to be progressive and competitive on a world basis, then we're going to have to start addressing in a more serious way the needs of broadband, the needs of having supplies and textbooks in schools." 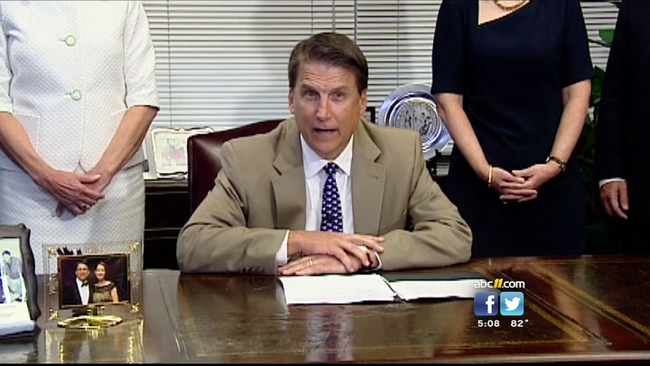 Dozens of bills now on Governor McCrory's desk to sign 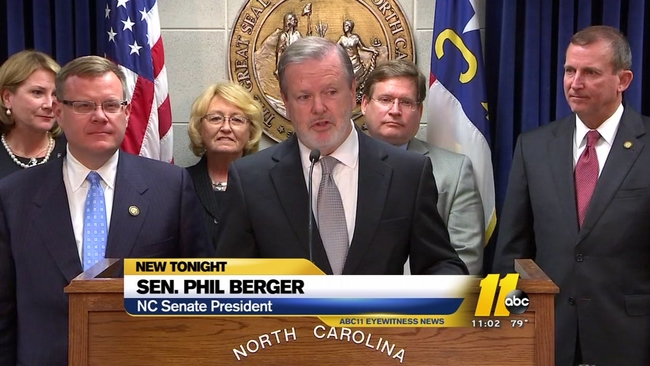 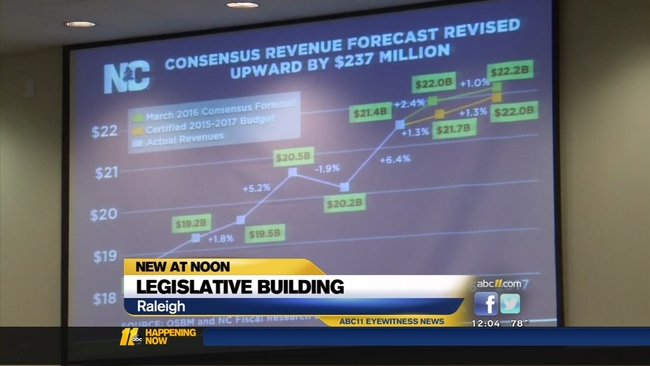