Azar downplayed concerns about politics, COVID-19, blames surge of southern cases on bad behavior
WLS
By Craig Wall
CHICAGO, Illinois -- The Secretary of Health and Human Services visited Chicago Tuesday to see how doctors and nurses in the city have handled the COVID-19 crisis.

Secretary Alex Azar said he was optimistic that a vaccine for the virus could be available as soon as this fall.

On Tuesday, researchers with Moderna and the National Institutes Of Health announced that an experimental vaccine successfully produced antibodies in all 45 patients involved in testing.

Azar toured a Chicago hospital Tuesday morning to learn about some of the creative ways health care professionals responded to the pandemic.

Azar said he was impressed by some of the innovations that he learned were used at the Chicago hospital to protect both patients and staff.

"We could be looking at tens of millions, even 100 million doses of vaccine, this fall, and many hundreds of millions of doses by early next year."

"They took the IV monitors and put them out in the hallway with long IV tubes, and that way they could monitor patients without having to pop in and out of the rooms all the time changing protective equipment and exposing themselves to risk," he said.

Azar said the federal government's push for a vaccine is accelerating, and he is optimistic one could be available in just a few months.

"We now did an additional contract. We now have four contracts with vaccine manufacturers. We could be looking at tens of millions, even 100 million doses of vaccine, this fall, and many hundreds of millions of doses by early next year," Azar said.

He said the recent surge in cases in southern states was not so much the result of reopening too soon, but on the bad behavior of people.

"Texas was open six to seven weeks before the outbreak really began," he said. "It seems to be much more correlated to behaviors of individuals within the context of being open."

Azar expressed concerns that people have put off seeing their doctor for routine health care or screenings like colonoscopies, a procedure which he noted is down 90% in the Chicago area.

"You could get reconnected to health care you need to get the care that you need, right now it's time to get back to that," he said.

Azar's visit came as the number of cases among people ages 20 to 29 grew across the country.

"Yes, for the younger individuals, the risk of severe consequences or death is extremely low if you do not have one of the types of comorbid health conditions, but that that doesn't mean you can't carry and spread disease to people you love," he said.

The Secretary admonished those who put others at risk by not wearing a face mask in public settings when they can't socially distance.

He said, "Do you really want to be responsible for potentially spreading disease to somebody that may be vulnerable and really at risk of a severe consequence or even death?"

As schools make their plans for reopening in the fall, Azar stressed the need to get students back in the classroom, echoing the call of President Donald Trump.

The secretary downplayed the recent call for a national face mask policy by Governor JB Pritzker and said mandates for coverings should be left to local leaders, adding a one size fits all approach is not appropriate.

As educators around the country hatch plans to bring kids back to school amid the novel coronavirus pandemic, the debate around how to do that safely is becoming more complex and confusing by the day. Should students wear masks? When and for how long? 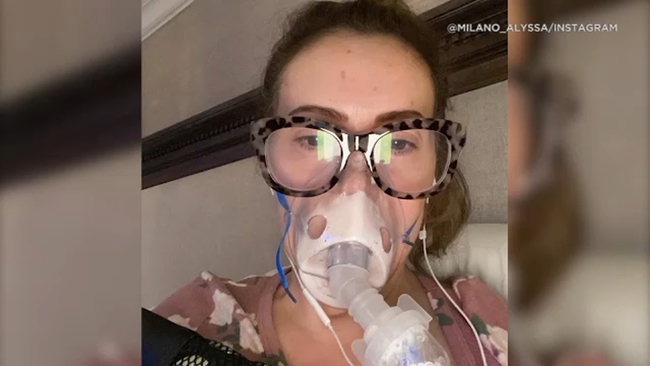