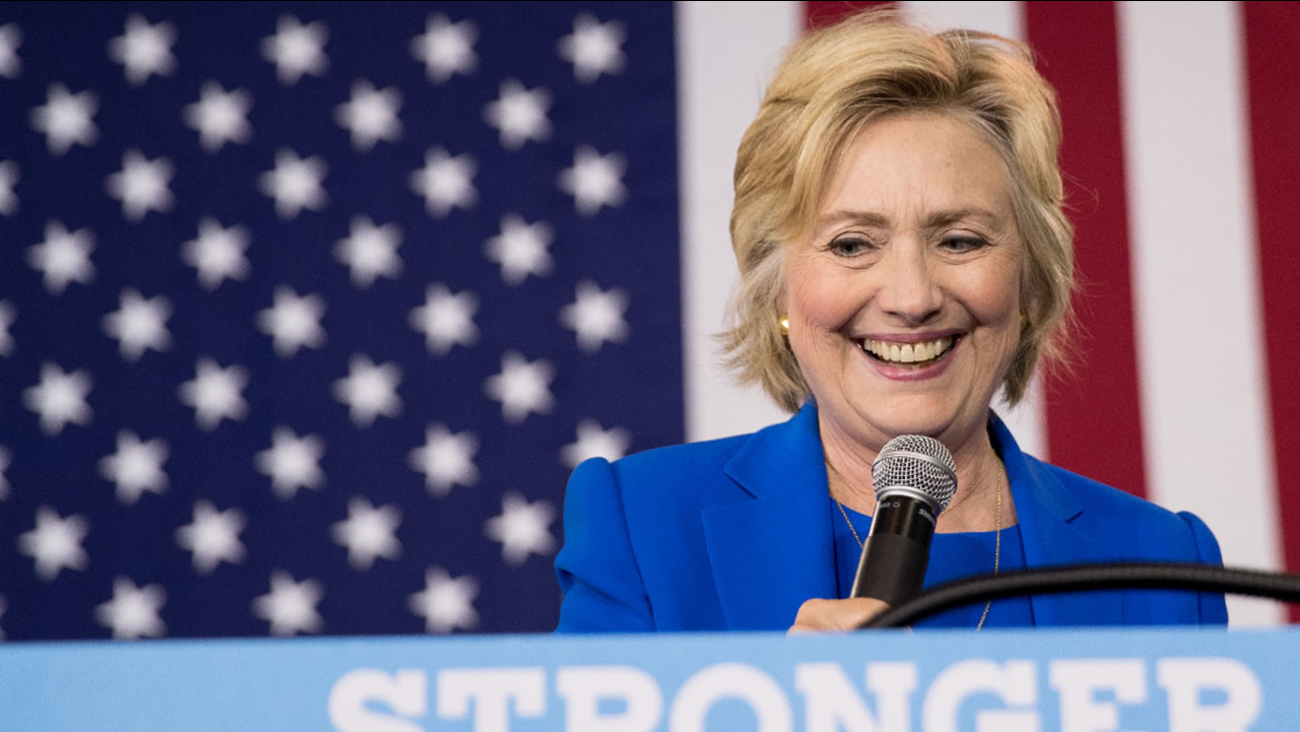 AP
WHITE PLAINS, N.Y. -- Hillary Clinton is back on the campaign trail Thursday, after spending several days at home recovering from pneumonia.

Clinton is scheduled to address the Congressional Hispanic Caucus Institute dinner in Washington on Thursday evening and appear on "The Tonight Show" Friday.

Clinton's doctor diagnosed her with pneumonia on Friday and recommended she take five days off to rest, Clinton told CNN. Her campaign didn't disclose the illness until Sunday, after video circulated on social media showing her stumbling and being supported by aides after abruptly leaving a 9/11 memorial service in New York City.

She headed to her daughter's house in Manhattan before going to her suburban New York home, where she was examined by her physician. The doctor later said in a statement that Clinton was "rehydrated and recovering nicely."

The illness has largely kept Clinton out of the public eye at a pivotal time during the fall election.

The nearly eight-hour gap between when Clinton was first reported to have stumbled and when her campaign disclosed her pneumonia has revived questions about her penchant for secrecy.

Facing criticism for her lack of transparency, Clinton has promised to release additional medical records. She's also expressed regret for failing to follow her doctor's orders for several days of rest.

"I probably would have been better off if I'd just pulled down my schedule on Friday," Clinton said in a Monday interview on CNN, adding, "I just didn't think it was going to be that big a deal."

After months of questioning Clinton's stamina, GOP rival Donald Trump has delivered a measured response on the issue.

"I hope she gets well soon," he said Monday on Fox News' "Fox and Friends." Trump is expected to release more medical information about his own health this week on "The Dr. Oz Show."
Related topics:
politicsnationalhillary clinton
Copyright © 2020 by The Associated Press. All Rights Reserved.
More Videos
From CNN Newsource affiliates
TOP STORIES