The House Oversight Committee announced last year that it was investigating the Trump Administration's increased use of for-profit centers to detain immigrants.

The investigation came after reports of health and safety violations.

Together, the companies operate facilities with more than 80% of all people in ICE detention, CNN says.

In response to the investigation, ICE, CoreCivic and GEO Group say they are fully committed to the health and safety of those in their care.

ICE says it will review the report, but also accuses it of being one-sided to tarnish the agency's reputation.

CoreCivic says ICE provides health care in the majority of its facilities.

The report comes one week after a complaint was filed when a nurse alleged that the Irwin County Detention Center in Georgia performed questionable hysterectomies, refused to test detainees for COVID-19 and shredded medical records.

A top medical official with U.S. Immigration and Customs Enforcement released a statement "vehemently" disputing the claims, saying only two women have been referred for hysterectomies from the facility since 2018.

The Los Angeles County Board of Supervisors voted to permanently ban cooperation with federal immigrant agents lacking a judicial warrant for inmates released from county jail. 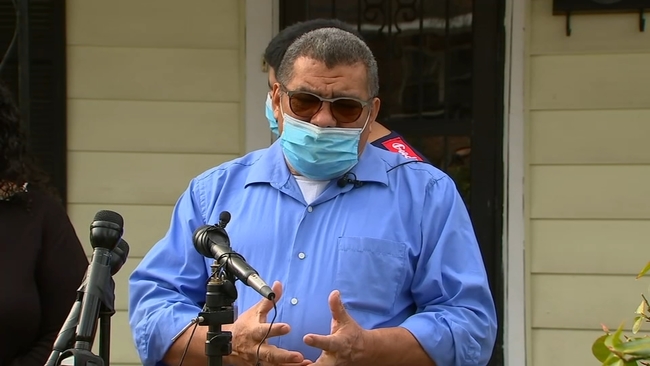