In final push, both sides preach every vote counts 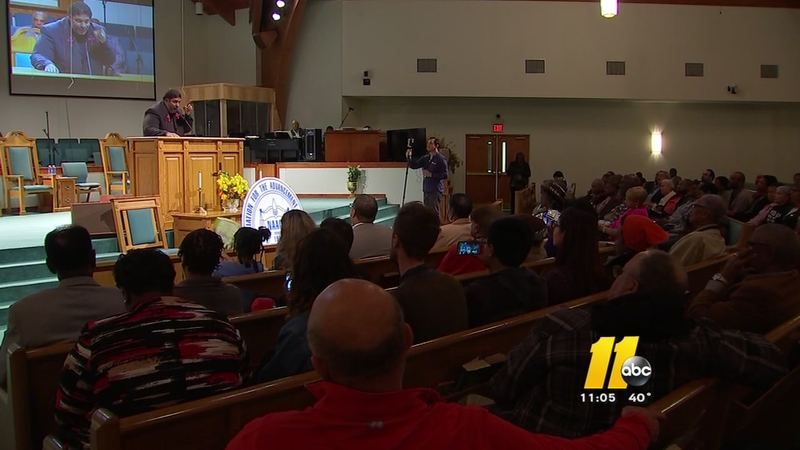 Final push on to get voters to the polls

DURHAM (WTVD) -- Amid the gospel music and politically-involved preachers, it sounded like an election eve revival inside Durham's Union Baptist Church.

"You need to understand why there's so much battle. It's not because our vote isn't powerful, it's because how powerful the vote is," North Carolina NAACP President the Rev. William Barber told the crowd from the pulpit.

For the ones not inside this church Monday night, Barber told those who were there to take his message to social media.

"Take a picture of the crowd and tweet it out to somebody," Barber said. "And say, 'we better vote!' "

Barber is hoping his hashtag helps bolster turnout come morning. He made his final plea to the so-called Obama coalition: millennials, African-Americans, and progressive white voters. He described them as a force Republican lawmakers are afraid of.

"That's when you started hearing all this conversation about (voter) fraud. It only started when black people started voting at 69, 70 percent in North Carolina and hooking up with white people and Latinos," Barber said.

"Actually the polls are showing us dead even, and I got other polls that show us 2, 3 points ahead," McCrory said.

While the governor pumped up GOP volunteers on a break from dialing voters, Republicans allies, such as the Christian conservative group, NC Values Coalition, were wrapping a major get-out-the-vote campaign -- knocking on over 370,000 doors statewide.

"We feel very confident. It's going to be a very close election," McCrory said. "But the early voting I think, worked to our advantage with independent voters."

More than 3 million people voted early in North Carolina, a record. Democrats were down slightly from 2012. Republican turnout was up by 13 percent. Unaffiliated voter turnout was up 40 percent.

Unaffiliated voter are the wild card going into Election Day. Who they voted for may hold the key in deciding who wins North Carolina.

After you've voted, keep it here Tuesday night for up to the second election results and analysis.

Download the ABC11 news app for alerts when we call races.

ABC11 and ABC News will have special election coverage throughout the evening and we'll bring you the winning and concession speeches live as they happen.

ABC11 will also have a live blog coverage of the election starting at 6:30 a.m.