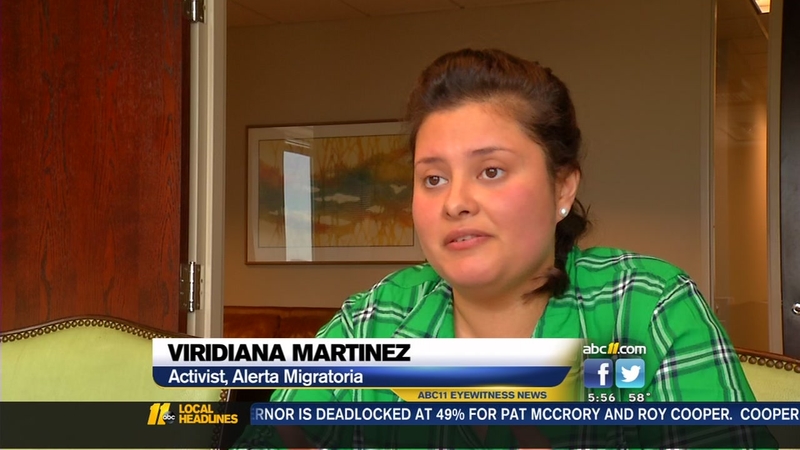 RALEIGH, NC (WTVD) -- Many Latino families, including some in Wake County, fear President-elect Donald Trump's campaign trail threat to deport millions of immigrants here illegally and to build a wall on the southern border.

Mirna Padilla lives in Raleigh and is fighting to bring her 19-year-old undocumented brother, Santos Padilla, home from an immigration detention center as he appeals his case.

"You come here to better yourself," Padilla said. "And just because a few people do something wrong, they think we are all the same, and no."

She said her family stayed up all night to watch the election results, fearing a Trump presidency.

"We're all trembling over what might happen because we don't know what's going to happen and we're hoping to God that this man reacts or does something different," Padilla said.

But not all Latinos are living in fear of the new president-elect. DACA recipient and immigration activist Viridiana Martinez takes a positive view.

"The Democrats are actually not our friends," Martinez said. "They haven't been, and this is a new opportunity to take a new approach."

While Padilla is placing the fate of her brother in God, Martinez said she thinks the answer is not in party politics but action.

"They're just placing their whole faith in this woman or this man to fix things for us, and I mean as an organizer, I've seen over and over again how organizing actually trumps everything," Martinez said.