WASHINGTON, D.C. (WTVD) -- Reverend Lorenzo Lynch carried a young Loretta Lynch on his shoulders through churches and the civil rights movement of her youth.

On Wednesday, the Durham pastor turned 83, and got the call to head to the nation's capital, and watch his daughter make history.

Even after she'd experienced the longest confirmation wait of any U.S. Attorney General, Lynch believed in his daughter.

His comments came outside the Senate Gallery, where on Thursday afternoon a 56-43 Senate vote confirmed Loretta Lynch as the nation's next attorney general, and the first African-American woman to hold the post.

The road to Thursday was paved after a late Wednesday afternoon Senate vote on a sex trafficking bill. For weeks on end, Senate Majority Leader Mitch McConnell refused to take on the Lynch confirmation until the Senate came to terms for that legislation.

"Almost six months, can you believe it?" exclaimed Lavonia Allison, a Durham-based civil rights activist who traveled with Rev. Lynch from North Carolina to witness the confirmation. "But like they say, you hope something in the morning and the sun comes again."

Lynch's vote would come without the support of her home state senators, Republicans Richard Burr and Thom Tillis. Both senators pushed Lynch forward in an early morning cloture vote, but neither were among the ten republicans to support Lynch in a final vote.

In the past they've cited her opposition to the state voting rights law as reason for opposing her nomination.

"It's a wonderful day for North Carolina, and I'm just very disappointed that not one of either of the two had the courage to help us bring even greater pride to the state of North Carolina," said Allison.

Rev. Lynch realizes the challenges that face his daughter, as she prepares to take the reins of the Justice Department from Eric Holder as early as next week.

She's prepared, he said, remembering the cases he watched her try as the U.S. Attorney for the Eastern District of New York.

Perhaps Thursday's confirmation will serve as confirmation to the next generation, said Allison. The ones who will read how a Greensboro-born, Durham-bred and Harvard-educated attorney didn't give up in the face of adversity.

"And they can look [and say] 'Can you believe the top justice person?' Allison's eyes lit up. "It's beautiful." 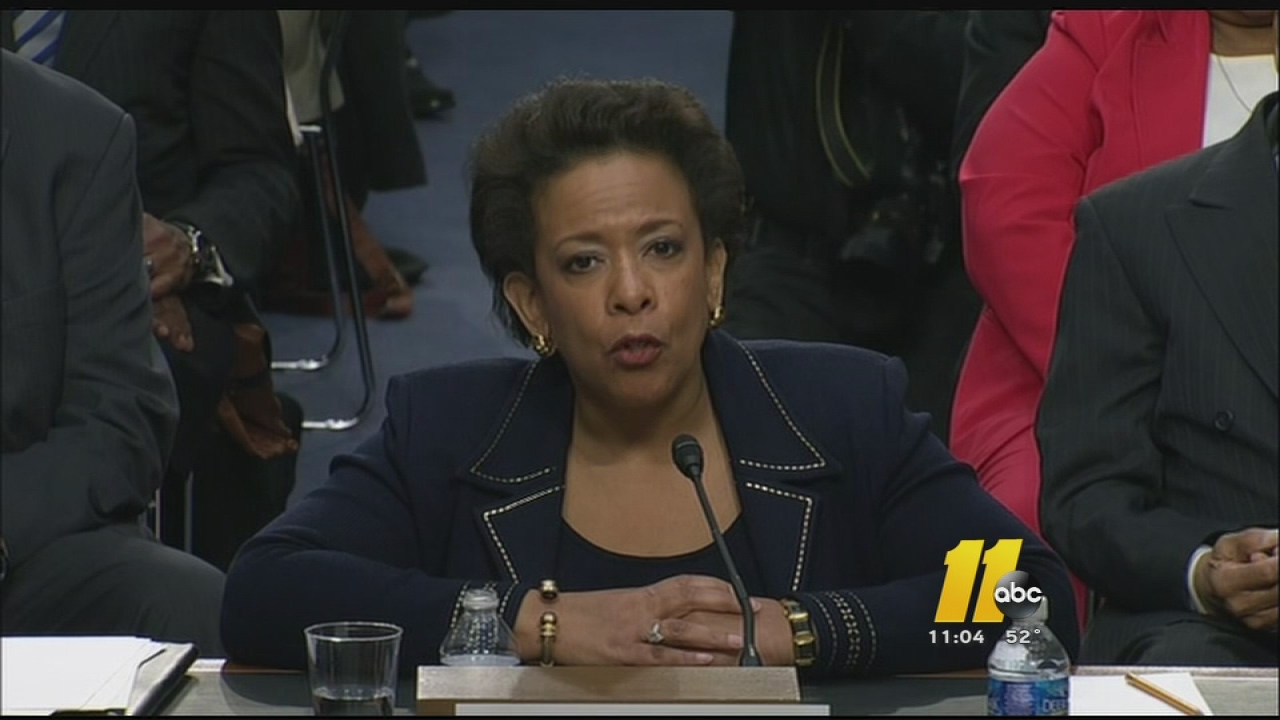 Some of the people proudest about Lynch's confirmation were the evening law school students on North Carolina Central University's campus.

Because of Lynch's background and who she's become, they believe she'll bring a unique perspective to the job.

Aside from Lynch's on-the-job knowledge, NCCU law students believe her cultural background is an asset.

"Diversity's always going to make a big difference in terms of coming from a different point-of-view being able to represent all types of people," said Wolfe.

Lynch's achievement and determination are an inspiration to her followers. Her father told reporters his daughter turned down a four-year scholarship to UNC-Chapel Hill to attend Harvard because, "She really wanted it," despite his preferences.

"I think in that is a message to all parents to support their children in whatever they want to do because you never know where its going to lead," Kirkweg told ABC11.

Lynch, who is a career prosecutor with little Washington experience, is the first U.S. attorney to become U.S. Attorney General in modern history. James Monroe was president in 1817 the last time such appointment was made. 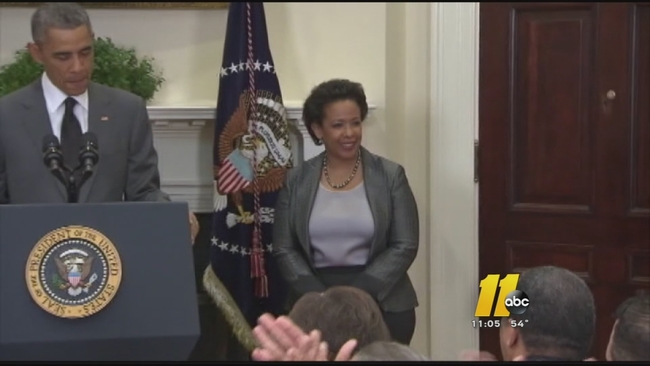 Activists: Vote now to confirm Lynch as US attorney general