McCrory office nixes elections board hiring of some lawyers AP
RALEIGH -- Gov. Pat McCrory's office has rejected the hiring of some private lawyers to represent the State Board of Elections in litigation that could affect - but still not likely close - the small vote margin in his still unresolved race with Democratic Attorney General Roy Cooper.

McCrory legal counsel Bob Stephens gave no explanation Tuesday to the board in an email rejecting its request to contract with three attorneys from the Brooks Pierce law firm. Stephens did agree on hiring another outside attorney.

The board sought help to defend itself in a federal lawsuit filed by the leader of a conservative group over verifying the addresses of people who cast ballots while participating in same-day registration during the early voting period. A key hearing in the case is Friday.

Unofficial results show Cooper leading the Republican incumbent by about 9,800 votes from 4.7 million cast, up from 5,000 on election night.

Nine of the state's 100 counties had yet to complete their final counts as of late Tuesday but should finish this week. The state board would then certify winners from the final totals. The lawsuit filed by Civitas Institute demands ballots cast through same-day registration be left out of the totals unless the voters' addresses are verified before early December.

The board, in a statement, directed the possible complication at Jim Phillips, a Brooks Pierce attorney whom Cooper named as co-chairman of his gubernatorial transition team.

Cooper's campaign has said McCrory should concede because Cooper's lead is insurmountable. A board order Monday essentially set aside most, but not all, formal election protests filed in counties by Republican voters, narrowing further any path McCrory had to flip the results.

"It's time for him to accept the election results and respect the will of the voters," Cooper campaign manager Trey Nix said Tuesday.

Phillips was not one of three lawyers of the firm the board wanted to hire and the board said in a statement it had "received assurance that appropriate firewalls would be erected to ensure" Phillips would be screened from the litigation. The board's attorneys will now represent the board in the case, alongside the one hired lawyer.

The disapproval "absolutely puts the state at a disadvantage" in defending the quick-moving lawsuit, Democratic board member Joshua Malcolm said Tuesday.

Spokesmen for McCrory's office didn't immediately give an explanation for the disapproval. But Stephens did ask the board in an earlier email whether the Brooks Pierce firm "did a conflicts check" related to the case, according to documents.

The board, comprised of three Republicans and two Democrats, voted last weekend to seek legal services separate from the Attorney General's office, but it also needed approval from the offices of McCrory and Cooper. Potential conflicts could have been raised had Cooper's office defended the board in the lawsuit.

More than 90,000 ballots were cast in the 2016 election through same-day registration, the lawsuit said, although a small percentage of these applicants - perhaps 3 percent - are usually rejected. These ballots could make a difference in the race when combined with the results of a formal protest involving the counting of 94,000 Durham County ballots. That protest is set to be heard Wednesday by the state board.

Last week McCrory began the process of seeking a statewide recount, but his campaign suggested it was willing to withdraw that request if the state board would order a hand recount of the Durham County ballots. He can't get a statewide recount, however, if he trails by more than 10,000 votes.

"One of two things is going to happen. Durham County is going to recount its votes, or the entire state will if that is an option," state GOP executive director Dallas Woodhouse told reporters Tuesday. He said the fall election could wrap up in the next few days.

Too-close-to-call races for state auditor and a few General Assembly seats also could have recounts and be affected by the litigation and the Durham protest. 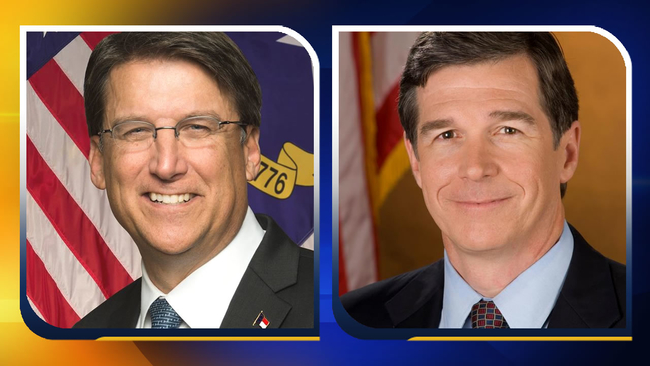