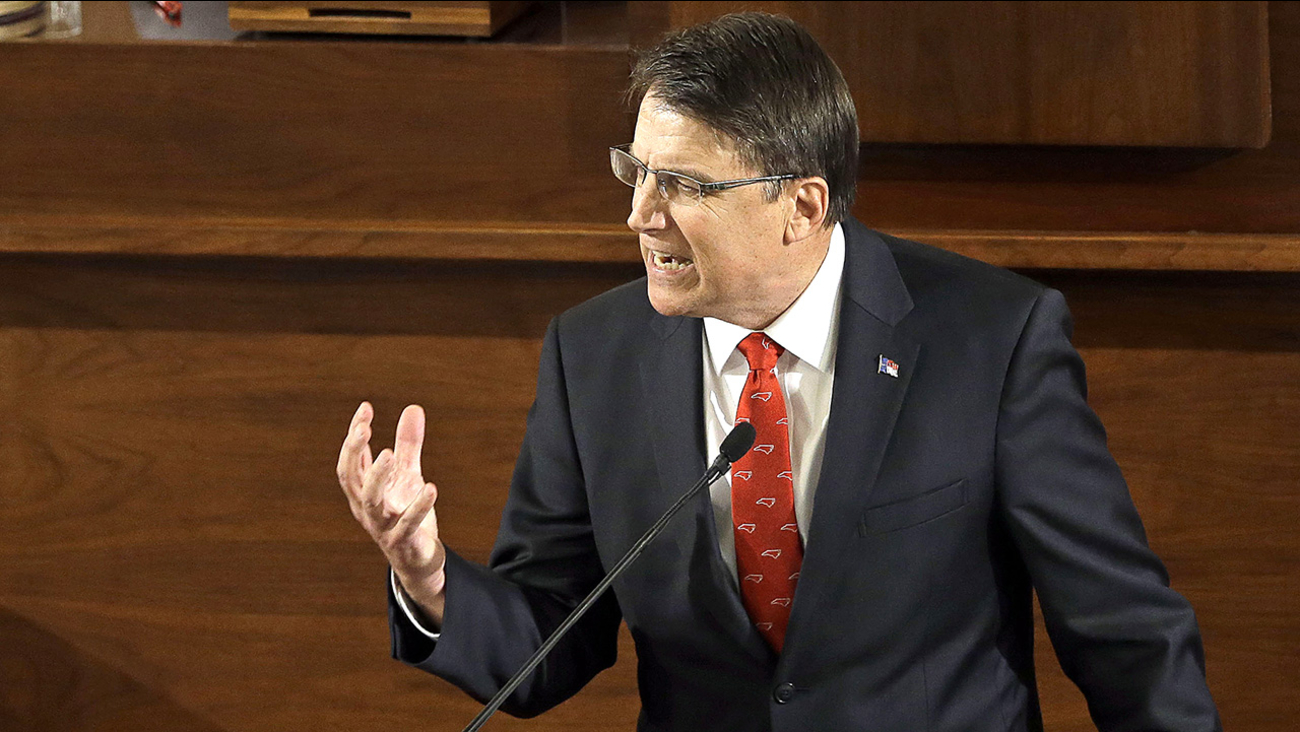 North Carolina Gov. Pat McCrory and the state GOP have called some of the hacked emails on HB2 into question, while the North Carolina Democratic Party said their interpretation is incorrect.

ABC11 asked for the links to the emails in question and those links are included throughout this article.

The NCGOP argues the emails show Democrat officials celebrated businesses pulling out of North Carolina after HB2 was passed and intentionally meant to do harm.

Here's what the NCGOP said in a statement:

"The Democratic campaign operatives connected to Roy Cooper, Deborah Ross and Hillary Clinton celebrating economic hardship inflicted on innocent North Carolina citizens through the loss of hotel revenue, concerts, and growth. These small business owners and elected officials stood in reaction to the DNC email WikiLeaks which show the DNC, Hillary Clinton, and Roy Cooper sought to do harm on the state of North Carolina and our thriving economy."

Check out the links to the leaked emails the NCGOP is referencing at the bottom of their press release here.

The North Carolina Democratic Party called the GOP claims "ridiculous," and said the GOP is responsible for any economic loss cause by HB2 by passing the law in the first place.

"This is a desperate attempt by Republicans to distract from the damage their discrimination law has done to our state. HB2 was passed by a Republican General Assembly and signed by Republican Governor Pat McCrory. The GOP is directly responsible for the thousands of jobs and tens of millions of dollars HB2 has cost North Carolina, just as they're directly responsible for the cancellation of the NBA All-Star Game and what would have been a $100 million economic boost for Charlotte and North Carolina." -- NCDP spokesman Dave Miranda

When asked which emails the governor was referring to, his campaign office pointed out the three emails below.

Where democratic officials replied "This is great - can we forward to our LGBT and National lists" and "Awesome" to the same email from the NCDP which talks about Pearl Jam cancelling a Raleigh concert in response to HB2.

They also pointed to another email which reads "Good here."

According to the NCDP, the original email that mentions the effects of the Pearl Jam cancellation was a press release sent out to the communications department for approval, and said the response the GOP is pointing to as "cheers" are phrases approving for the copy on the release.

McCrory was asked two questions about HB2 after the agriculture bill signing.

Search the DNC email hack on WikiLeaks for yourself here.