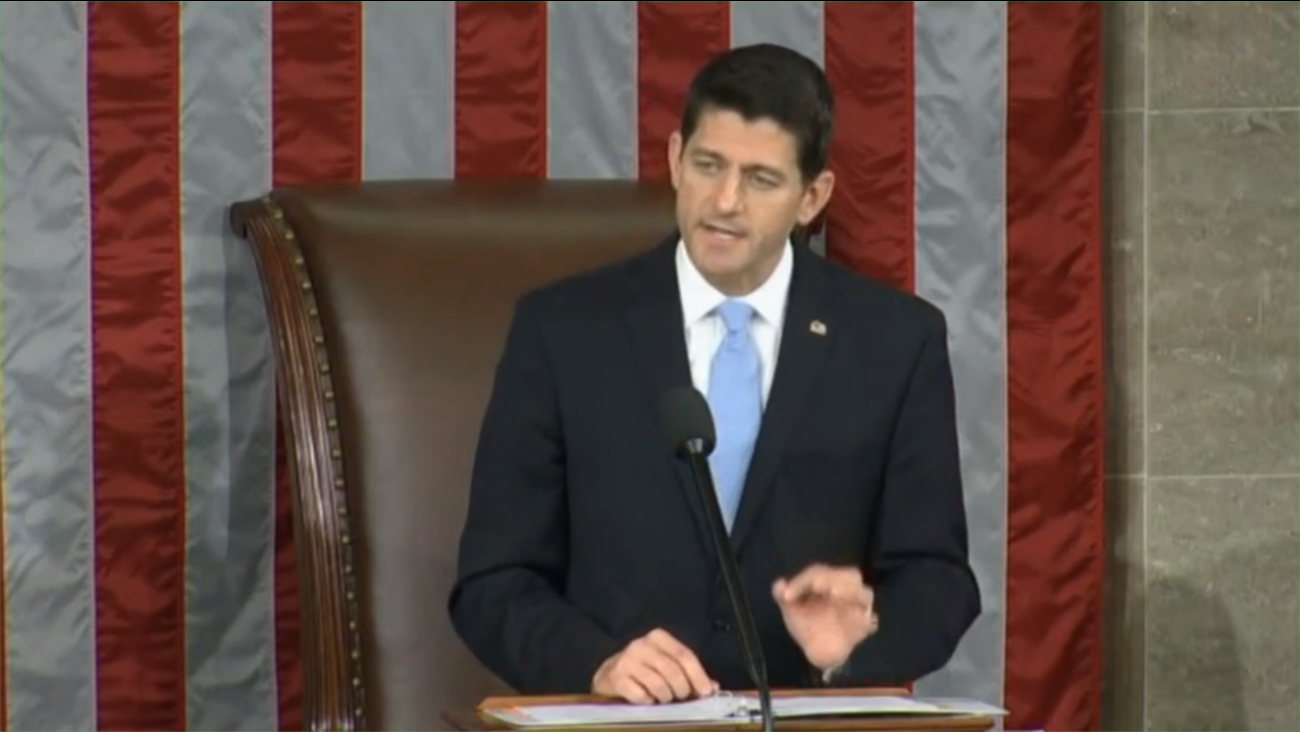 Paul Ryan in his first address to the House of Representatives after being elected Speaker of the House on Thursday, October 29, 2015, in Washington, DC. (KGO-TV)

WASHINGTON -- Splintered House Republicans elected Rep. Paul Ryan to be the chamber's 54th speaker on Thursday, turning to the youthful but battle-tested Wisconsin lawmaker to mend the party's self-inflicted wounds and help woo voters in next year's elections.

"The House is broken," Ryan said in his first remarks to the chamber, seemingly referring as much to a GOP civil war between hard-liners and pragmatists as to the House's customary partisan divisions.

"We are not solving problems, we are adding to them, and I am not interested in laying blame," he said. "We are not settling scores. We are wiping the slate clean."

In a slow-moving roll call that mixed politics with pageantry, 236 Republicans called out Ryan's name as their pick for the job. That puts him next in line to the presidency after the vice president and atop a chamber that has been in tumult ever since defiant conservatives hounded John Boehner, R-Ohio, into announcing his resignation from the speaker's post last month.

Just nine hard-line conservatives voted against Ryan, instead backing little-known Rep. Daniel Webster, R-Fla. That was significantly fewer than the 25 who cast ballots against Boehner in January, a harbinger of the antagonism he encountered with them as the year progressed. Instead, most rebellious Republicans, including members of the House Freedom Caucus, backed Ryan.

Even so, it was clear that future tensions between them and the chamber's new leader could not be dismissed. Conservatives have demanded changes in how the chamber operates, including a greater voice for rank-and-file lawmakers in shaping legislation and deciding who will chair committees, and Ryan has expressed openness to such ideas.

"Now Paul Ryan has 14 months to prove he can be a speaker for the future, not of the past," said one Freedom Caucus member, Tim Huelskamp of Kansas.

Ryan spoke of helping the country's working people, but his 13-minute speech was devoid of specifics. In an unscripted moment, when he finished his remarks he turned to a House aide and said, "What's next?"

Many Democrats consider Ryan someone they can work with, as they did two years ago in crafting a budget compromise. But they don't hesitate to assail him as a symbol of Republican policies they consider harsh, including efforts to reshape Medicare into a voucher-like program.

"I hope he will stand up to the extreme voices in his caucus," said House Minority Leader Harry Reid, D-Nev.

House Minority Leader Nancy Pelosi, D-Calif., received 184 votes for speaker, all from Democrats. Following tradition, she handed the speaker's gavel to Ryan after praising Boehner for "his dedication to this House and his commitment to his values."

Ryan also saluted Boehner, who for conservatives became a symbol of Washington's ills as a man who too readily accepted compromises with President Barack Obama.

Boehner shook hands with Ryan at the lectern and walked up the aisle to the chamber's rear, his eyes brimming with the tears the emotional lawmaker is known for. He accepted hugs from Republicans and Democrats alike.

Watching the vote from the visitors' gallery was Mitt Romney, the GOP's unsuccessful 2012 presidential nominee who vaulted Ryan, 45, to national prominence by selecting him as his vice presidential running mate. Also in the audience were Ryan's wife Janna and their three young children, who gained some attention after Ryan insisted he would take the time-draining speaker's post only if he could carve out time with his family.

Before the vote, Boehner bade farewell to his colleagues after a quarter-century House career, including the last five as speaker.

"I leave with no regrets, no burdens," said Boehner in a 10-minute speech. "If anything, I leave the way I started, just a regular guy, humbled by the chance to do a big job."

Ryan's ascension came as Congress neared completion of a bipartisan accord to avert a jarring federal default next week and likely prevent a December government shutdown by setting spending levels for the next two years. The House approved the bill Wednesday 266-167, with final Senate passage on track in a few days despite opposition from conservatives including senators seeking the GOP presidential nomination.

The House budget vote underscored Ryan's challenge in leading Republicans who often have scant interest in compromise, especially in the midst of a GOP presidential contest dominated by candidates who vilify Washington insiders. House Republicans opposed the budget deal by 167-79, but Democrats supported it unanimously.

Boehner's resignation prompted a month of GOP turbulence after the Freedom Caucus derailed the candidacy of the heir-apparent, Majority Leader Kevin McCarthy of California. Establishment Republicans pressured a reluctant Ryan to seek the speakership, viewing him as their best shot at patching the GOP.

The amiable Ryan has been in Congress 17 years and has strong ties with all wings of the GOP. Past chairman of the House Budget Committee and current head of the Ways and Means Committee, he has put his imprint on deficit reduction, tax, health and trade legislation - prime subjects that have raised his stature and put him at the center of many of Congress' highest profile debates.

Ryan will be the youngest speaker since Rep. James Blaine, R-Maine, who took the job in 1869 at age 39. 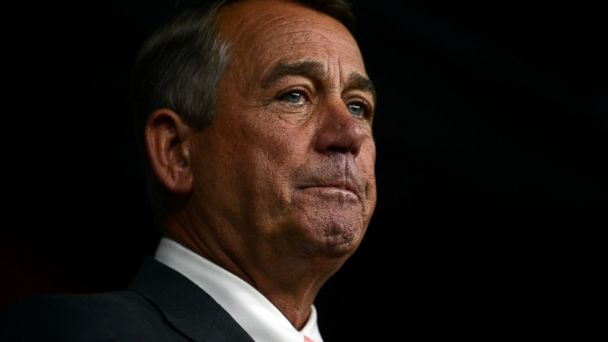