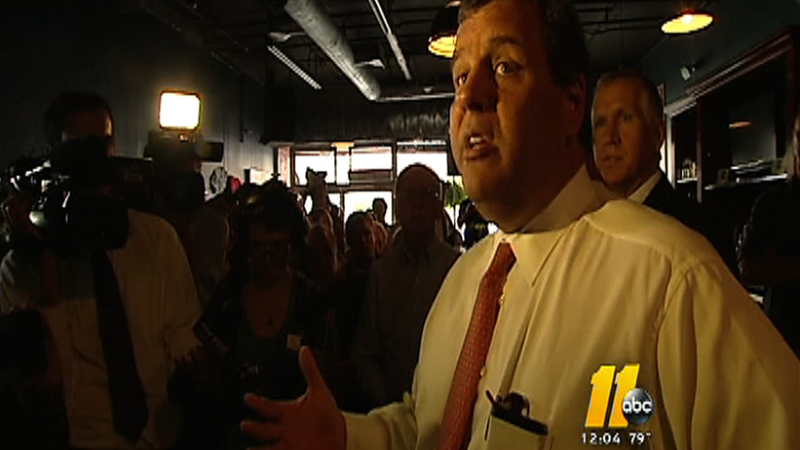 Christie and Tillis made a public appearance together Wilmington Tuesday where they were met outside by protestors upset about the loss of tax credits for the film industry in Wilmington that have been eroded under Tillis' leadership in the North Carolina General Assembly. They say it means a loss of jobs.

But Christie told supporters he wants them to elect Tillis to the U.S. Senate.

"America cannot move in the direction we have to move unless we elect Thom Tillis to the U.S. Senate in 49 days," he said. "He's the best candidate for the job and we need him in Washington, D.C. to provide the kind of leadership that our country really needs in the United States Senate. We haven't had that."

After the event, Tillis and Christie left for a private fundraiser.

Christie will head on to South Carolina for more several fundraisers on behalf of incumbent Gov. Nikki Haley, who is seeking re-election this fall.

Christie's visits come under his position as chairman of the Republican Governors Association, but he'll also visit two states that could play important roles in the GOP presidential nomination in early 2016. Christie is considering a run for president.