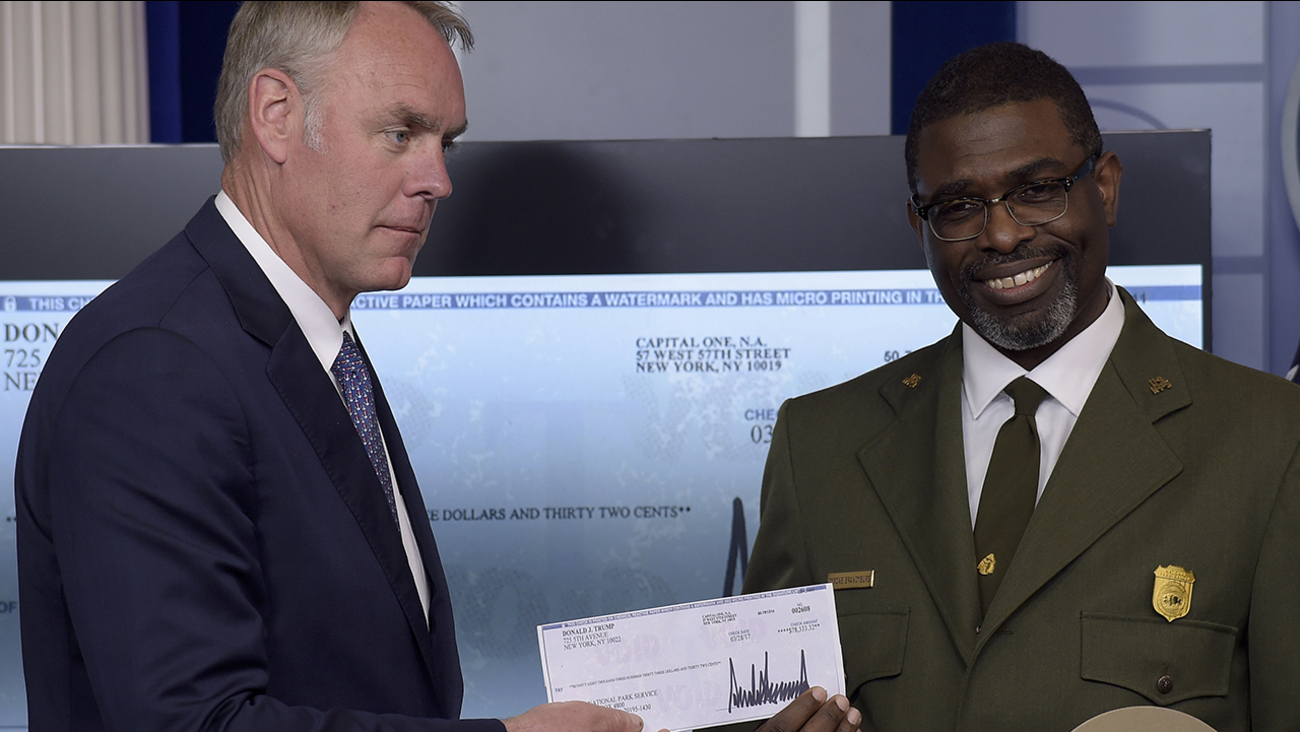 WASHINGTON (WTVD) -- President Donald Trump is donating the first three months of his salary to the National Park Service.

The billionaire businessman turned president had promised to forgo his presidential salary. By law he must be paid, so he is donating the money. Taxpayers can write off such donations, potentially lowering their income taxes.

"President Trump is dedicated to our veterans, our public lands, and keeping his promises, and by donating his salary to the National Park Service to repair our historic battlefields proves his commitment," Zinke said. "These historic places tell the story of conflicts that helped shape our country's history, and they also honor the many men and women who have given their lives in service of this great nation. I'm honored to help the president carry out his love and appreciation for our warriors and land."