WTVD
RALEIGH (WTVD) -- Another piece of pro-life legislation has been introduced in the NC House; a bill pro-choice advocates are calling the most restrictive in the nation.

"This has nothing to do with protecting women's health," said Planned Parenthood's Melissa Reed. "In fact, it puts women's health at risk."

Reed said she - literally - ran to the General Assembly when she learned of House Bill 465 yesterday.

"What this bill would actually do," said Reed, "is restrict the best care available and not permit our medical students and residents from receiving training so that they can offer that kind of care."

Reed's major concern about the bill is what it would mean for training of North Carolina doctors qualified to perform abortions. It limits that group to obstetricians and gynecologists.

"This really inhibits the scope of practice for other doctors that provide safe abortion care in our state," said Reed. "For example, family practitioners provide abortion care across North Carolina safely; in fact, with a 99 percent safety record."

Bill sponsor Rep. Pat McElraft (R-Carteret) says she put that provision in with concern for women's health and the health of the fetus.

"It's pro-life legislation," said McElraft, "and what it does is make sure that we are being consistent in taking care of the woman by making sure the doctors are obstetricians or gynecologists."

But McElraft has another goal. "It also makes sure that no taxpayer funding is used for abortions," she said. "Our taxpayers have made it very clear that taxpayers do not want to pay for abortions."

"There are other places they can get abortions, it just goes back to taxpayers funding abortions," McElraft said.

It's not clear if McElraft's bill would have prevented those abortions from happening.

A spokesperson for the hospital tells ABC11 that the doctors who provide abortions aren't paid by the state. All the abortions, according to the hospital group, were paid for on a 'fee-for-service' model.

The bill would also triple the waiting period for an abortion, going from 24 hours to 72 hours, which critics say would increase the burden for poor and rural women.

"I absolutely believe," said Reed, "the intention of this bill is to end access to safe abortion care in North Carolina." 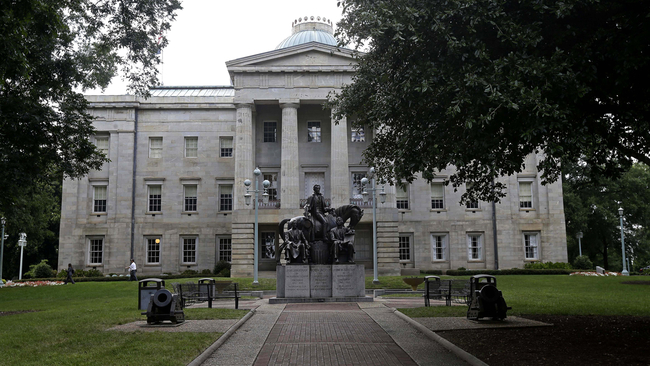