Ruth Bader Ginsburg's trainer honors late justice with pushups next to her casket in U.S. Capitol 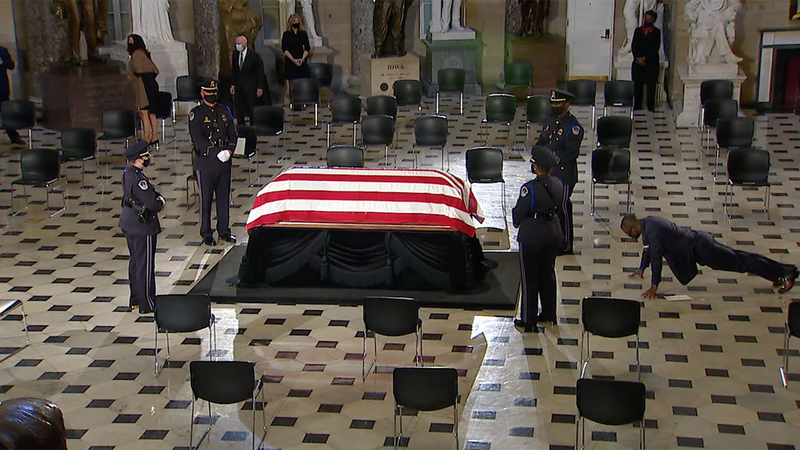 RBG's trainer honors late justice with pushups next to her casket

WASHINGTON -- Toward the end of the line of mourners at late Justice Ruth Bader Ginsburg's memorial service Friday, one dropped to the ground and did three quick pushups in Ginsburg's honor.

The unorthodox tribute came from Bryant Johnson, the justice's personal trainer. Ginsburg was well known for her commitment to physical fitness, even after several bouts of cancer. Ginsburg trained with Bryant twice a week, telling Washington television station WJLA in 2019 that Ginsburg would leave important dinners early to make sure she was able to exercise.

"I looked and said 'Justice, you left the president to come do the workout?'" Johnson told WJLA. "And [she] said, 'Yes, got to do my pushups, got to do my planks and my workout.' I was like, 'Yes, nice!'"

Ginsburg passed away last week at 87. On Friday she became the first woman and the first Jewish-American to lie in state at the United States Capitol. Ginsburg had lain in repose for two days at the Supreme Court, where thousands of people paid their respects outside. 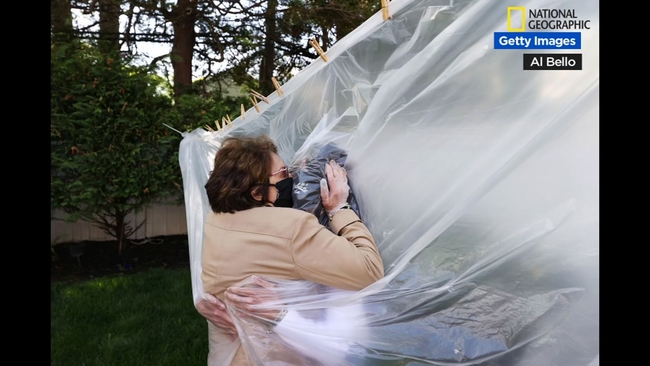