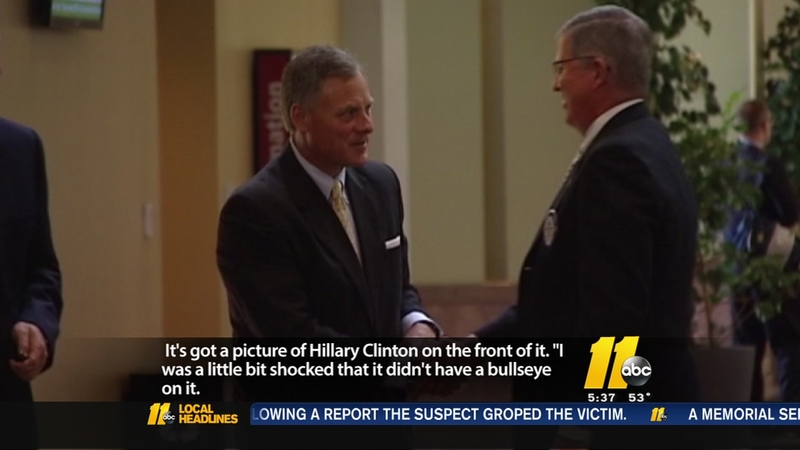 RALEIGH (WTVD) -- North Carolina Senator Richard Burr has apologized for a something he said about Hillary Clinton.

The Republican made the comments to a small group of GOP volunteers in Mooresville over the weekend.

In a recording, Burr is heard to say "Nothing made me feel any better than when I walked into a gun shop, I think yesterday in Oxford, and there was copy of Rifleman on the counter. It's got a picture of Hillary Clinton on the front of it. I was a little bit shocked that it didn't have a bullseye on it. But on the bottom right, it had everybody running for federal office in this particular state that they should vote for. So, let me assure you, there's an army of support out there right now for our candidates."

The Burr campaign issued a statement from the senator saying "The comment I made was inappropriate, and I apologize for it."