"We have seen a colossal failure of leadership in Washington," Cunningham said just minutes into the debate. "I've come to believe that listening is the foundation of leadership."

The two spending the evening discussing a range of topics from Congress disapproval on Capitol Hill to systemic racism to defunding the police and taking several moments to discuss absentee voting and a possible COVID-19 vaccine President Trump said will arrive just days before the election.

"Yes, I would be hesitant," Cunningham said of taking the vaccine. "But I would ask a lot of questions. I think that is incumbent on all of us right now."

TONIGHT: In a debate between @CalforNC and @SenThomTillis, both were asked if they would get a possible #COVID19 vaccine if it were available.

"We just heard a candidate for the U.S. Senate look on camera and tell 10 million North Carolinians he would be hesitant to take a vaccine," said Tillis. "I think that's irresponsible." Tillis followed by saying he would get the vaccine after nurses, first responders, people over the age of 65, and other vulnerable groups got the vaccine first. "I think we place a priority on that," Tillis continued. "And as soon as I know they are protected, then I'll be standing in line."

TILLIS: "We just heard a candidate for the US Senate look on camera and tell 10 million North Carolinians he would be hesitant to take a vaccine. I think that that's irresponsible." (2/2)

Following the debate, Cunningham told ABC11 he would take the vaccine if it were "free of politics." Cunningham said there needs to be due diligence in the vaccine roll-out that politics "disrupts decisions."
"I feel like once again Cal is saying whatever he has to do to get elected," Senator Tillis said at one point.

The public conversation surrounding systemic racism and calls to defund the police took center stage at one point during the evening.

"Cal Cunningham supports something that's called eliminating qualified immunity," Tillis said. "What that tells every police officer that even if you're cleared of charges, then you be sued, you can lose your home and your retirement."

"He seems to be for things until he's against it or vice versa," said Tillis.

ASK US: What are your voting concerns or questions as Election Day approaches?
Report a correction or typo
Related topics:
politicsncthom tillissenatevote 2020politics
Copyright © 2020 WTVD-TV. All Rights Reserved.
VOTE 2020 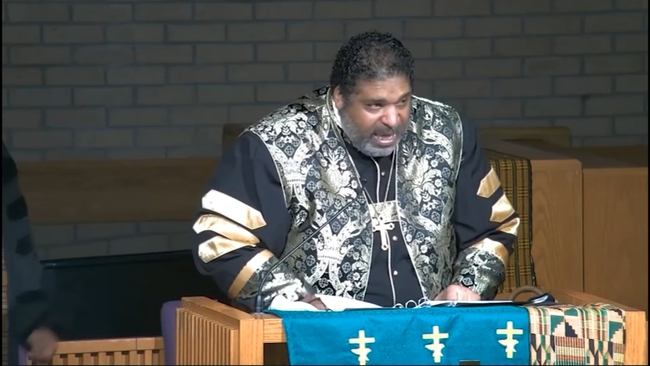 Dwayne 'The Rock' Johnson announces he is backing Joe Biden