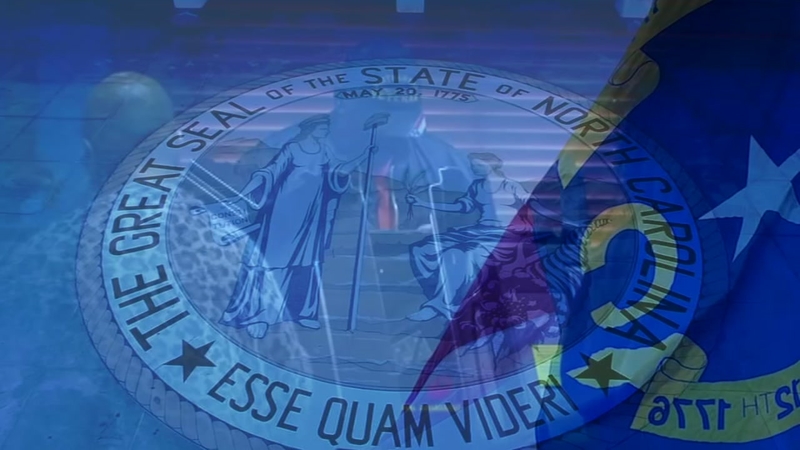 The revised amendments, if approved by voters, could still drastically change the balance of power in state government. In a 2-1 ruling, a panel of judges called the way the amendments were previously presented on the ballot as "misleading" and did not inform the public on the amendment's potential impact.

"I think the amendments comply with the suggestion that the court made as far as the wording is concerned," Senate President Phil Berger (R-Rockingham) told ABC11. "I think they fairly and accurately depict what the amendments do."

With the election less than three months away, Republicans could have decided to leave the two amendments off the ballot and revisit the controversial amendments at a later date. With this session, however, GOP leaders chose instead to amend the proposed amendments and rewrite the questions that will appear on the ballot for voters.

The Senate passed the two amended bills on Monday, earning the necessary 3/5 majority to send the proposed constitutional amendment to the ballot. The House first passed the bills on Friday.

The first proposed amendment, on judicial vacancies will now have a ballot question as follows:

The second proposed amendment, on elections governance, could now have this ballot question:

"Constitutional amendment to establish an eight-member Bipartisan Board of Ethics and Elections Enforcement to administer ethics and elections law."

Despite the changes, Democrats continued to decry what they label Republican "power grabs."

"The Republican majority went out and passed this amendment and got their hands caught in the cookie jar - only they weren't trying to steal a cookie," Sen. Floyd McKissick (D-Durham County) quipped in remarks made on the Senate floor. "They were trying to steal the governor's powers. It's misleading. It's taking more power from the governor."

The content and ballot questions of the two proposed questions have provoked rebuke from more than just Democrats; two Republican former governors also encouraged GOP leaders in the General Assembly to "withdraw both amendments and remove them from the ballot" before the special session began.

The statement, made jointly by Jim Martin and Pat McCrory, went on to say that "no group of citizens has petitioned the General Assembly for these two particular amendments. They have raised concerns among many of our fellow Republicans."

All five living former North Carolina governors spoke at a historic news conference on Aug. 13, vowing to campaign against the amendments which they all argued violate the Separation of Powers clause.

The office of the current governor, Roy Cooper (D), meanwhile, continues to threaten more legal action to challenge the proposed amendments even with new questions on the ballot.

With the passage of the revised amendments, Senate President Phil Berger added that GOP leaders intend to drop their appeal on the original amendments, meaning they will be kept off the ballot.

State election officials have been waiting to approve ballots and send them off for printing. A second lawsuit from Governor Cooper, if filed, could throw another wrench into that process.