Tied in the polls, Holding and Coleman square off in key debate 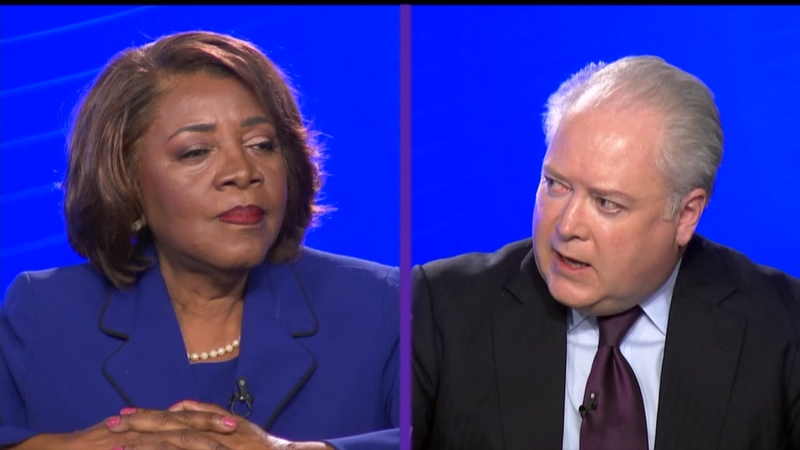 Holding, Coleman square off in key - and only debate

RALEIGH, N.C. (WTVD) -- With 15 days to go until Election Day, the candidates in the hotly-contested race for North Carolina's 2nd Congressional District squared off for a first and final debate.

The Republican-leaning district which includes parts of Wake, Franklin, Harnett, Johnston, Nash and Wilson Counties - was won by President Donald Trump in 2016 by 9.6 points. But Rep. George Holding, a three-term Republican incumbent, who has cruised to victory in the past, is in a statistical tie in the polls with Democratic challenger Linda Coleman.

Resistance to President Trump's style and agenda is a proving big part of this campaign.

If you’re still making up your mind on the @GeorgeHolding Vs. @LindaForNC race for congress. We’ve got you covered on #abc11#debatenight #Vote2018 #ncpol 🗳 pic.twitter.com/xmQzhLJFwp

It came up at the debate along with health care, tax cuts, and whether the people who live in this district see enough of their congressperson.

Holding has raised three times more campaign cash than Coleman. But Democrats in Washington see this race as a prime seat to turn from red to blue in hopes of taking back control of the House.