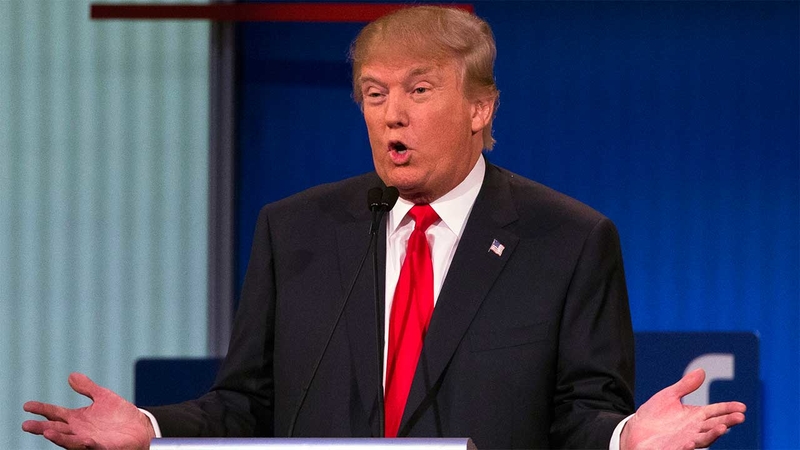 Though Donald Trump defended comments he allegedly made about women during Thursday's Republican presidential candidate debate, he he slammed moderator Megyn Kelly on Twitter following the exchange and told Good Morning America Friday that he does not remember having said some of the comments.

Kelly asked Trump Thursday night about his treatment of women, citing comments that he allegedly made about various women being "fat pigs, dogs, slobs, and disgusting animals."

At the time Trump responded by saying that the United States is too focused on politically correct language.

"I've been challenged by so many people, and I don't, frankly, have time for total political correctness," he said in his answer. "And to be honest with you, this country doesn't have time either."

He also joked that he only made those comments about O'Donnell.

"When I said the Rosie O'Donnell thing, that got the biggest laugh, applause, et cetera of the evening," he said during Friday's interview with George Stephanopoulos.

Shortly after the comments during the debate, O'Donnell responded on Twitter.

try explaining that 2 ur kids

Vox outlined where each of the alleged comments was made. Many of them were made about O'Donnell, according to Vox.

Following the debate, Trump tweeted that he believed Kelly had "bombed" as a moderator, followed by a string of retweets criticizing Kelly.

I really enjoyed the debate tonight even though the @FoxNews trio, especially @megynkelly, was not very good or professional!

When speaking to Stephanopoulos, Trump said he didn't think the debate was fair.

"The questions asked of me were much much more difficult and poignant and really unfair," he said. "It was a very heated evening. You're sort of in the trenches with people."

Trump also expressed confidence about the future of his campaign, citing his poll numbers and saying he believes he handily won the debate.

"I wonder what the ratings would have been if I wasn't in the mix," he said.