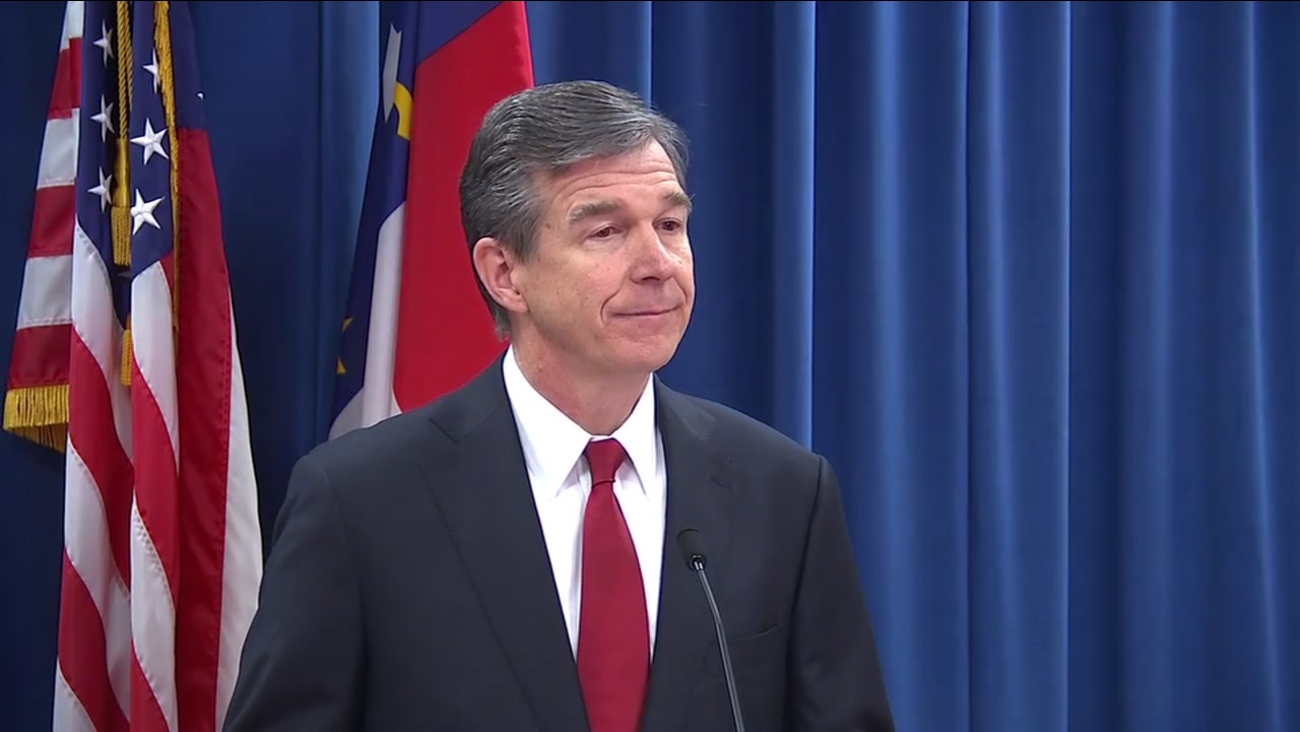 But the state's switch to Cooper - by only about 10,000 voters last November - largely hasn't resulted so far in eroding much of the state's conservative agenda because Republicans still hold veto-proof majorities in the legislature.

While he's issued 13 vetoes this year, 10 of them have already been overridden or circumvented, including one on the $23 billion state budget, the year's most important bill.

Returning to Raleigh on Monday evening, the Senate voted 26-15 for another override, this time for a bill that would disrupt elections next year where Cooper has gotten some help this year fighting legislation: the courts. The House could act as early as Tuesday to complete the override of legislation that cancels primary elections for local trial court and statewide appeals court seats in 2018. The bill also would delay candidate filing from February to June.

Republicans say the delay is needed to minimize confusion while they are considering separate dramatic changes to the courts that won't be settled until at least January. Debate heated up during a General Assembly session earlier this month on redrawing election district boundaries for trial judges from the mountains to the coast and for proposing a constitutional amendment that could eliminate head-to-head elections for judgeships down the road.

"We are serious about looking at the districts in which judges are elected," Rep. David Lewis, the Republican chairman of the powerful House Rules Committee, said during debate on the primary elections bill which Cooper ultimately vetoed last week. "This is to make clear that we are not going to rush or have a filing deadline interfere with our ability to continue to work this (redistricting) bill."

Cooper claimed canceling primary elections was part of a legislative scheme to change the state constitution so they would choose judges - not voters - and "rig the system."

"If the legislature doesn't like the fact that judges are ruling many of their laws unconstitutional, they should change their ways instead of their judges," Cooper said in his veto message.

Republicans rejected Cooper's complaints as based on rumors and argued he apparently didn't like other parts of the vetoed bill that would make it easier for third parties and unaffiliated candidates to get on North Carolina ballots with him.

"Gov. Cooper claims to be concerned about taking away choices for voters, but the reality is that letting his veto stand would have denied voters more choices at the ballot box," said Senate Leader Phil Berger, R-Rockingham. "This override vote will not only improve ballot access for third-party and unaffiliated candidates, it will also bring certainty to our judicial election schedule and allow time for a thorough discussion about the best system to ensure the most highly-qualified judges are on the bench in North Carolina."

State judges have struck down some of the legislature's laws when Cooper sued to block those that eroded his powers. The ruling angered some Republicans.

Most of the laws struck down since Republicans gained control of the legislature in 2011 originated in federal litigation, however.

The chances of Cooper's influence improving during his four-year term have improved since federal judges last year struck down boundaries for state House and Senate districts drawn for unlawful racial bias. The GOP-controlled General Assembly had to redraw boundaries in August. A panel of three federal judges is now weighing whether the districts must be redrawn again.

Slight changes could open the door for Democrats to win enough seats in November 2018 to eliminate the veto-proof majorities and give Cooper more leverage. Only three House seats or five Senate seats need to be flipped from Republicans to Democrats.

The redistricting uncertainty likely has contributed to Republicans seeking to advance judicial changes before the next legislative elections in November 2018, according to David McLennan, a political science professor at Meredith College in Raleigh.

Cooper has earned some partial victories this year. He and Republicans in March also worked together to approve a partial repeal of House Bill 2, the "bathroom bill" that required transgender people to use bathrooms in government buildings corresponding to the gender on their birth certificate.

"He went into his term playing defense, and I think an objective observer would say he's done a good job playing defense with a difficult opponent," McLennan said.