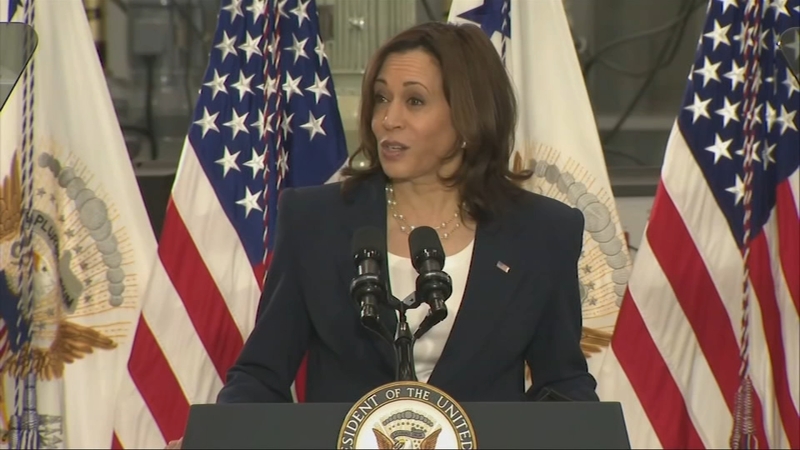 That plan is the administration's push to invest in infrastructure and refocus the American economy on industries expected to thrive in the coming years.

She began speaking at Guilford Technical College before 12 p.m. and then toured Thomas Built Buses, a manufacturer of school buses, with Gov. Roy Cooper. Thomas Built Buses was founded in 1972 and has recently shifted to emphasizing buses that operate on alternate fuel sources.

Both of those stops fit in with greater goals of the administration's wider definitions of infrastructure -- including roads and bridges, public transit, utilities, broadband internet, health care and housing.

Harris said it would be the largest jobs investment the United States has made since World War 2.
Report a correction or typo
Related topics:
politicsnckamala harris
Copyright © 2021 WTVD-TV. All Rights Reserved.
More Videos
From CNN Newsource affiliates
TOP STORIES