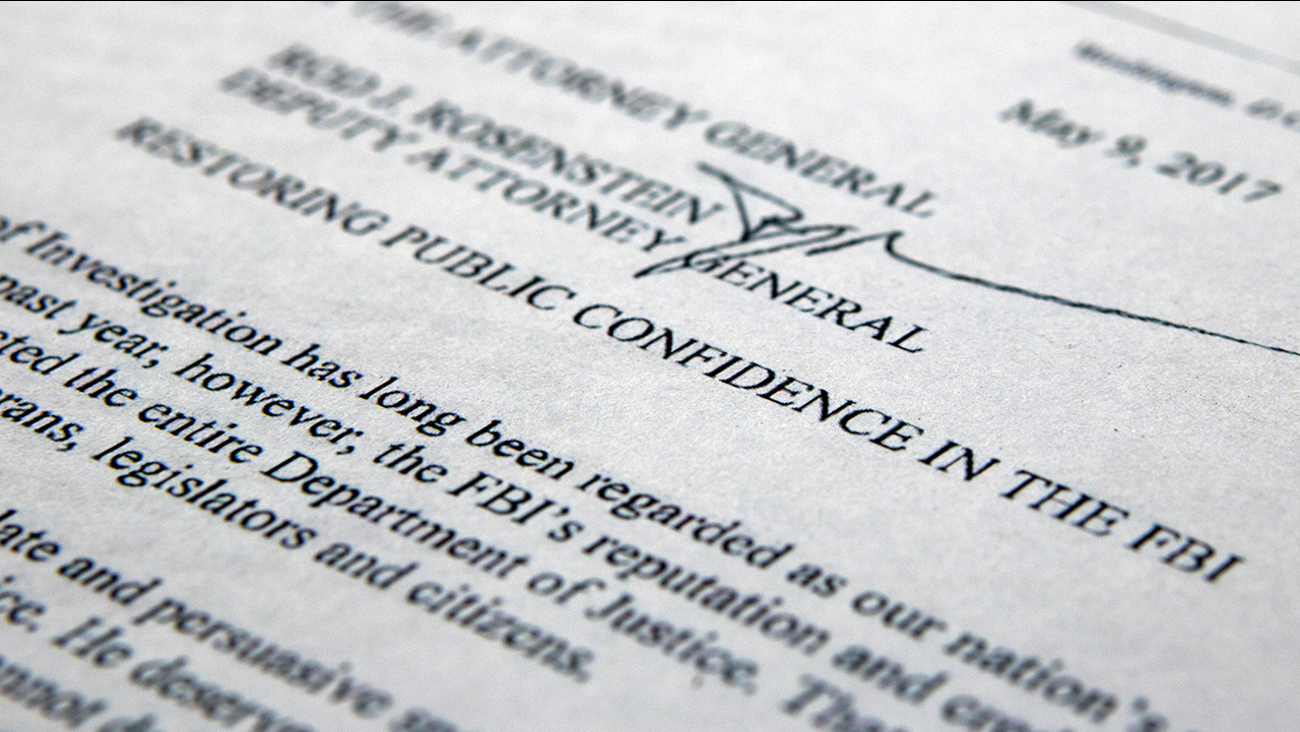 AP
WASHINGTON, DC (WTVD) -- In some ways, the firing of FBI Director James Comey seemed like only a matter of time.

The Obama appointee has been in recent times, loved and loathed -- depending on what side of the political aisle one stood on.

Sen. Richard Burr, R-NC, who is chairman of the Senate Intelligence Committee, said he was "troubled" by the news, which came in the midst of an FBI investigation into whether Trump's campaign had ties to alleged Russian meddling in the 2016 US election.

My statement on the dismissal of FBI Director Comey https://t.co/ovoe34xajZ pic.twitter.com/1hB0QveczE

"President Trump's rash and unprecedented actions threaten the integrity of our democratic institutions and the credibility of ongoing investigations into his campaign's alleged ties to and collusion with Russia," Price said. "Congress must immediately appoint a special prosecutor to ensure that we pursue this matter wherever the facts may lead."

"Throughout his career, Director Comey has served the nation with distinction, and I have found him to be professional and responsive during my interactions with him," Tillis said. "While Director Comey has faced criticism from both Republican and Democratic elected officials, it is my belief he attempted to lead the FBI to the best of his ability given the difficult circumstances before him and the hyperpartisan political climate that exists in Washington."

This is Nixonian. Deputy AG Rod Rosenstein must immediately appoint a special prosecutor to continue the Trump/Russia investigation.

Republican Sen. John McCain of Arizona also called for Congress to form a special committee to investigate Russia's alleged interference in the election.

Sen. Chuck Schumer, D-NY, said at a news conference Tuesday evening that he told President Trump firing Comey was a "big mistake," because it raises suspicions about whether the Trump administration is trying to purge the Justice Department of the top officials investigating Russia's interference in the 2016 election.

Cryin' Chuck Schumer stated recently, "I do not have confidence in him (James Comey) any longer." Then acts so indignant. #draintheswamp

Trump has ridiculed the investigations as a "hoax" and has denied that his campaign was involved in any Russian meddling. In his letter to Comey, he revealed that the FBI director had informed him "on three separate occasions that I am not under investigation."

Comey's fate seemed sealed when the FBI corrected aspects of Comey's sworn testimony on Capitol Hill last week. Comey told lawmakers that Huma Abedin, a top aide to Hillary Clinton, had sent "hundreds and thousands" of emails to her husband's laptop, including some with classified information.

But on Tuesday, the FBI told the Senate Judiciary Committee that only "a small number" of the thousands of emails found on the laptop had been forwarded there while most had simply been backed up from electronic devices. Most of the email chains on the laptop containing classified information were not the result of forwarding, the FBI said.

All this on the heels of his prominent role in the 2016 presidential campaign. Though the FBI curiously did not recommend charges against Hillary Clinton for mishandling classified information, he was blisteringly critical of her decision to use a personal email account and private internet server during her four years as secretary of state.

President Trump made the right decision to relieve FBI Director James Comey of his duties.

"The next FBI director must be strong and independent and will receive a fair hearing in the Judiciary Committee," she said in a statement.

"This is a troubling sequence of events," said Congresswoman Alma Adams, who represents North Carolina's 12th District. "The timing of the White House's dismissal of Director Comey, in the midst of the investigation into Russian meddling in our elections, is questionable. Actions such as this detract from the focus of this investigation and erode public trust in the process. It is now more important than ever that an independent special counsel is appointed to investigate Russian interference in our elections."

US Sen. Mark Warner, D-Va., called the action "shocking." He also called for a special prosecutor.

"It is deeply troubling that the President has fired the FBI director during an active counterintelligence investigation into improper contacts between the Trump campaign and Russia," Warner said. "The administration insists there's no 'there there,' yet President Trump has so far fired the acting Attorney General, nearly every U.S. attorney, and now the Director of the FBI. In addition, this President's choice for Attorney General has been forced to recuse himself, and the National Security Advisor has resigned, as a result of undisclosed contacts with Russian officials."

Tax March, an organization that has devoted itself to calling for the release of President Trump's full tax returns, decried the firing.

"Enough is enough - we need to know if this President is lying about his ties to Russia. No Member of Congress can defend Trump's unprecedented refusal to release his tax returns any longer. They must vote to obtain and release Trump's tax returns - NOW," the group said in a statement 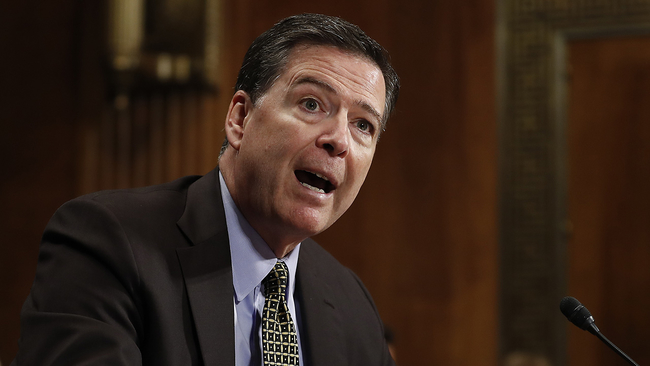