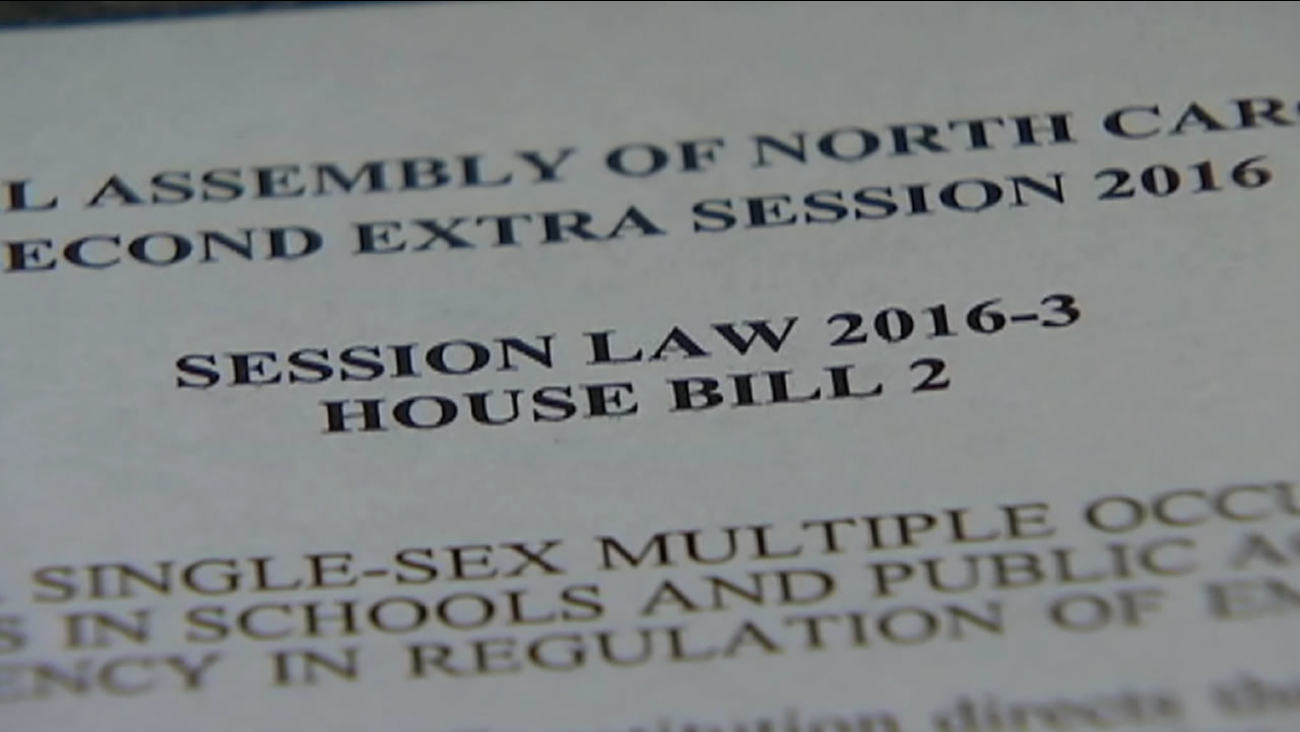 The law known at HB2

RALEIGH (WTVD) -- A Democratic lawmaker is trying to use a Republican idea to win support for a HB2 repeal bill.

Sen. Joel Ford (D-Mecklenburg) filed Senate Bill 332 on Tuesday, proposing a full repeal of the controversial Bathroom Bill - plus a "cooling off period" that would prevent cities from changing non-discrimination ordinances until 30 days after the Legislature adjourns this summer.

Ford's proposal mirrors the same Republican proposal that derailed the HB2 repeal efforts in late 2016. At a special session before the holidays, Sen. Phil Berger (R-Rockingham) led the effort to attach a moratorium on new non-discrimination ordinances for six months. Roy Cooper - still Governor-Elect at the time - urged his Democratic colleagues to vote against it.

A previous compromise bill, House Bill 186, hasn't gained any momentum despite some bi-partisan support and a broad endorsement from business and trade organizations across the state. Republican Rep. Chuck McGrady (R-Henderson), one of the four sponsors of House Bill 186, hoped his proposal could secure enough votes for passage in his chamber. A deal between Cooper and Republican legislative leaders in December to repeal HB2 fell apart amid political acrimony.

Equality North Carolina Executive Director Chris Sgro, a former state representative, has said anything but a "clean repeal of HB2" is "a distraction from the real issue."

Under HB186, state lawmakers would still control policy decisions over the use of multi-stall bathrooms in public buildings. Cities could expand other anti-discrimination protections, like those covering sexual orientation, after a four-month process. But a referendum on the ordinance would be required if opponents get above a threshold of signatures of registered voters in the city.