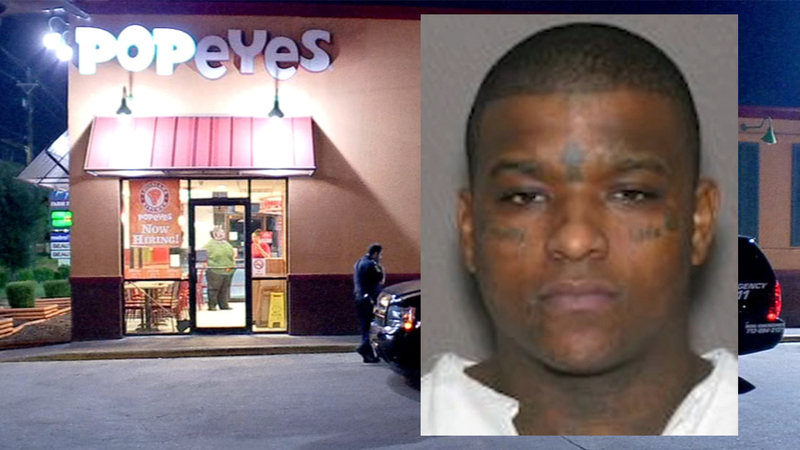 HOUSTON, Texas -- Houston officers are searching for the man they believe threatened Popeyes employees with a gun because the restaurant was out of its popular chicken sandwich.

Joshua Robicheaux, 35, has been charged with aggravated assault with a deadly weapon. A warrant is out for his arrest.

The incident happened Sept. 2, not long after the restaurant chain took the sandwich off the menu because they couldn't keep it in stock due to high demand.

Police say Robicheaux and some friends were initially in the drive-thru. They became upset that the restaurant didn't have the chicken sandwich, so they tried to get into the lobby, police say.

According to court records, that is when Robicheuax allegedly pulled up his shirt, displaying a gun and said, "I'll shoot this (expletive) up."

The manager told police she believed Robicheaux was under the influence. The group was gone before police arrived.

Court records show police got a Crime Stoppers tip on Oct. 16, identifying Robicheaux as the gunman.