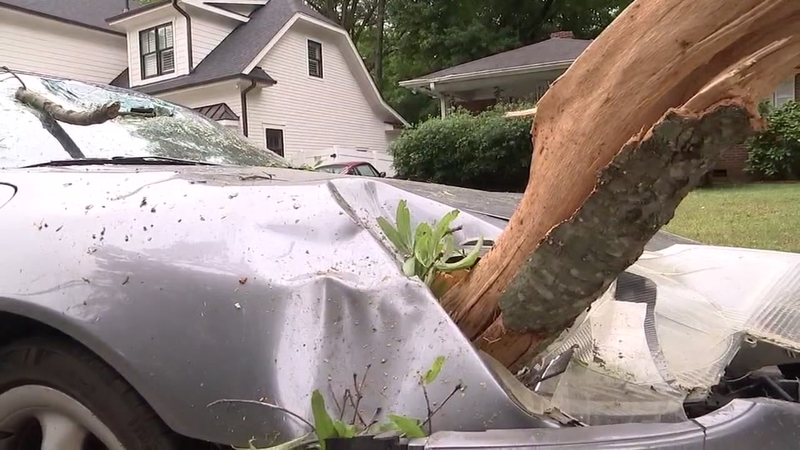 RALEIGH (WTVD) -- A Raleigh man said he's in "good spirits" after a tree branch fell on top of his Porsche.

The man told ABC11's Ana Rivera he was inside his house when he heard the branch fall.

That’s a @Porsche under the tree. I just spoke with the owner who says he heard it come down. He says he dropped to the floor thinking it would hit his home. He says this could’ve been much worse. He’s in very good spirits. #ABC11 pic.twitter.com/rFDheTyDxi

He said he dropped to the floor, thinking it was going to fall on his home.

Even though his Porsche was hit, he said it could have been much worse.

The sports car was just one of three cars damaged -- the extent of the damage to each vehicle is unknown.

When the branch fell it also hit a power line.

The outages are minimal, and Duke Energy crews are working to restore power and clear the scene.

This was the second tree to fall Tuesday. Another one fell on I-440 West earlier in the morning.

A downtown Durham building, directly adjacent to where the Durham gas explosion took place, is home to a world-class collection of rare Porsche cars.