A stay-at-home father of two found an entertaining way of letting his wife know exactly what happened while she was at work: Post-it notes.

Chris Illuminati began posting photos of the handwritten notes - which detail the funny, heartwarming, and painful moments of his days caring for the family's two children - on social media, ABC News reports.

And now he's getting tons of attention online for his witty notes, especially on his Instagram account.

One Post-it that he stuck to the bottom of a bed reads, "The kid thought there was a monster under his bed. I told him monsters are very quiet before eating a child and it's probably just a burglar."

Others have toatlly relatable parenting moments like a Post-it that reads, "How to calm a tantruming 3-year-old: Let her get some crying out then get down on one knee, pull her close, hug her, and stroke her hair. The whisper in her ear 'f*cking chill, bro.'" 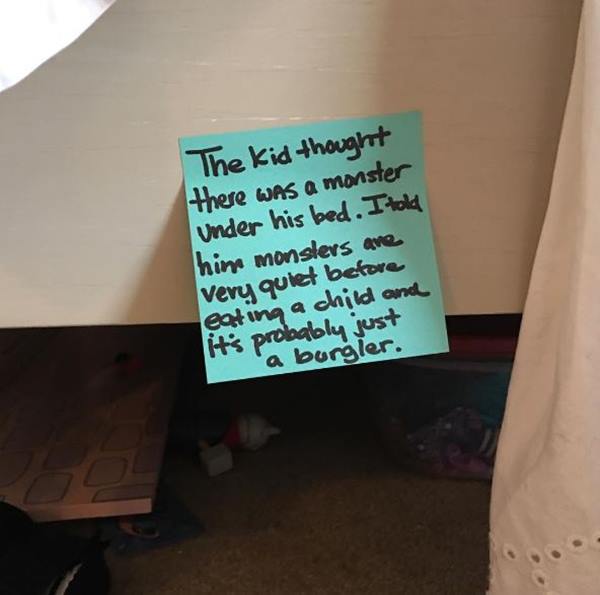 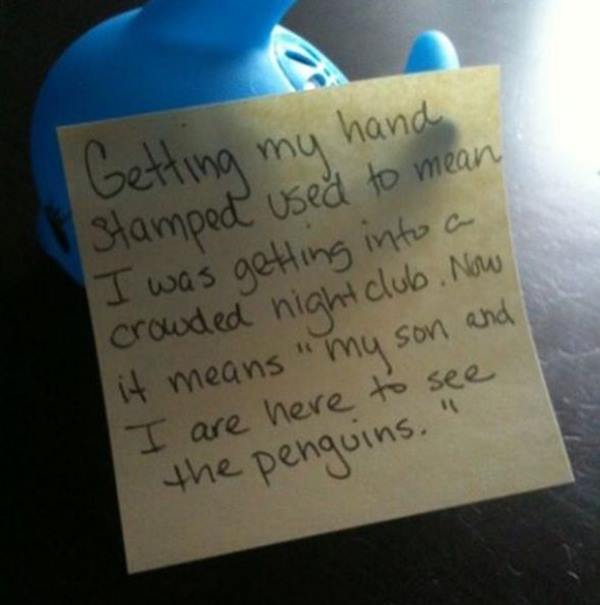 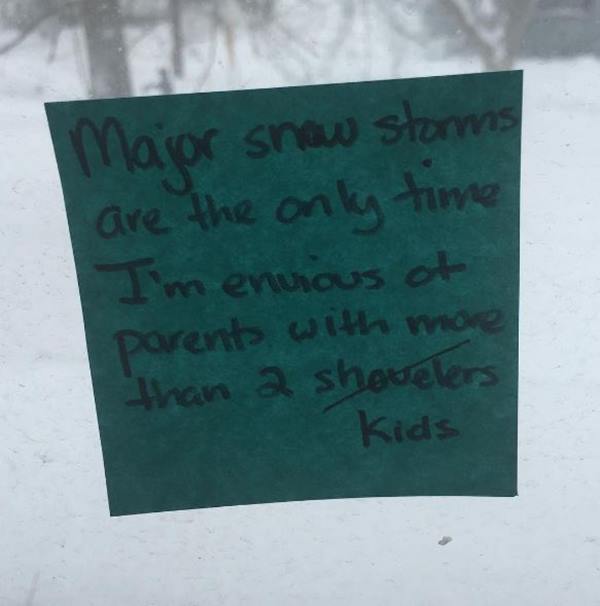 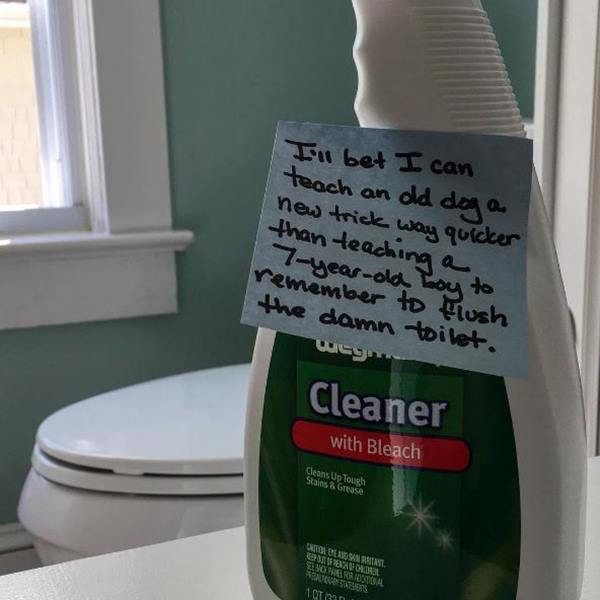 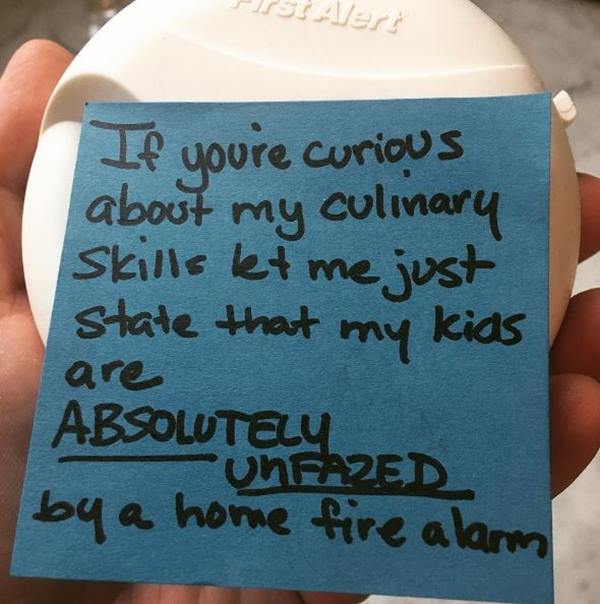 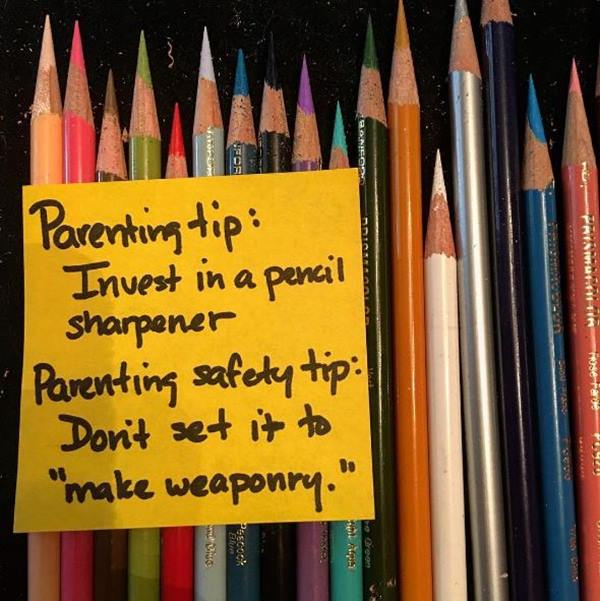 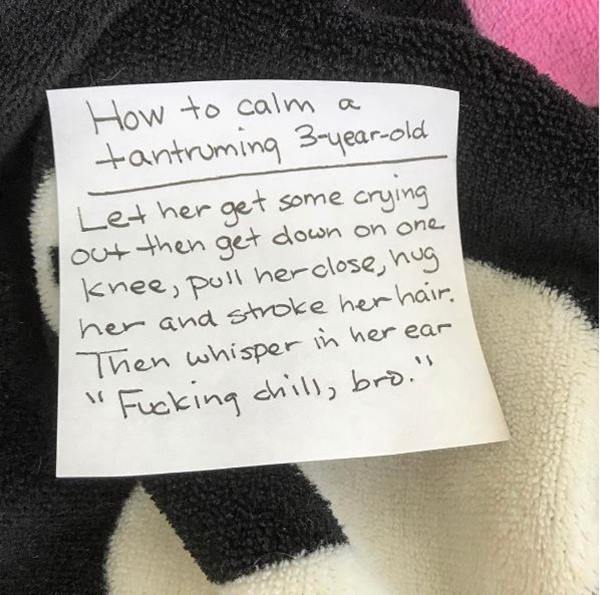 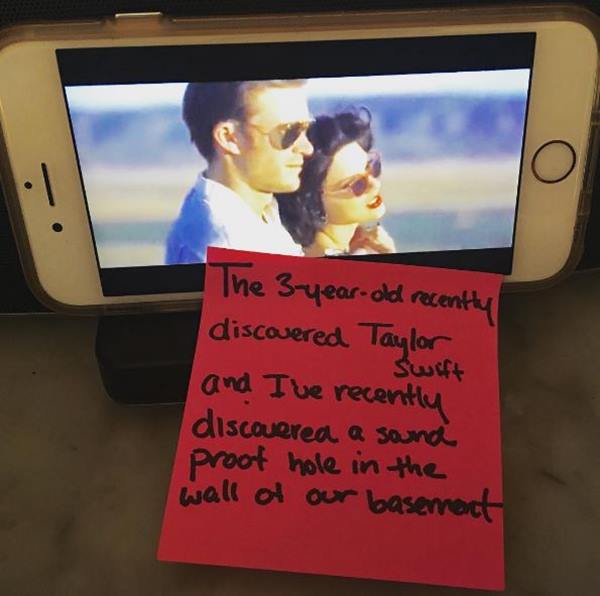 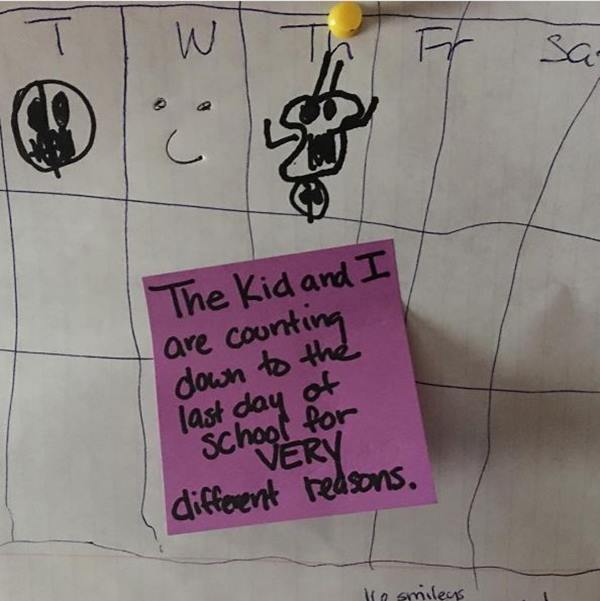 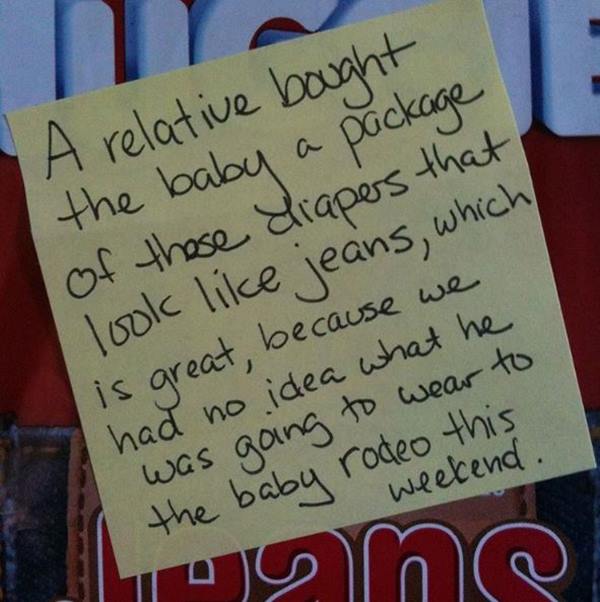 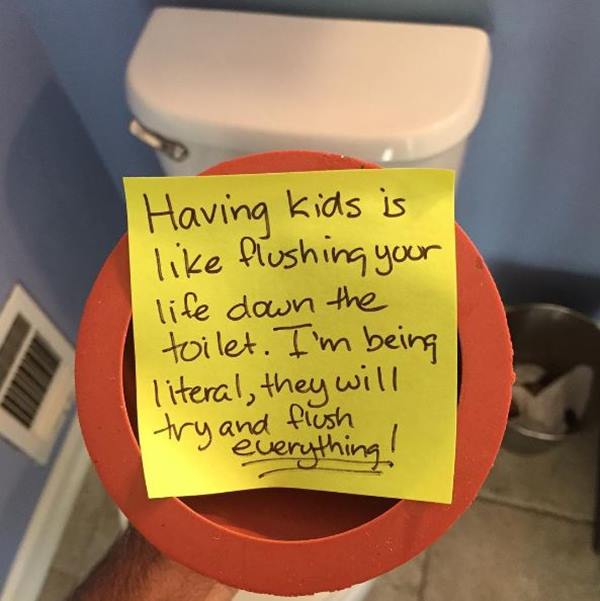 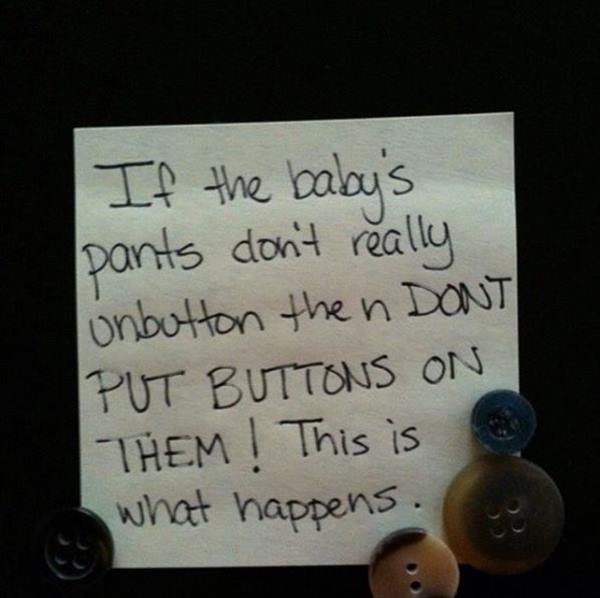 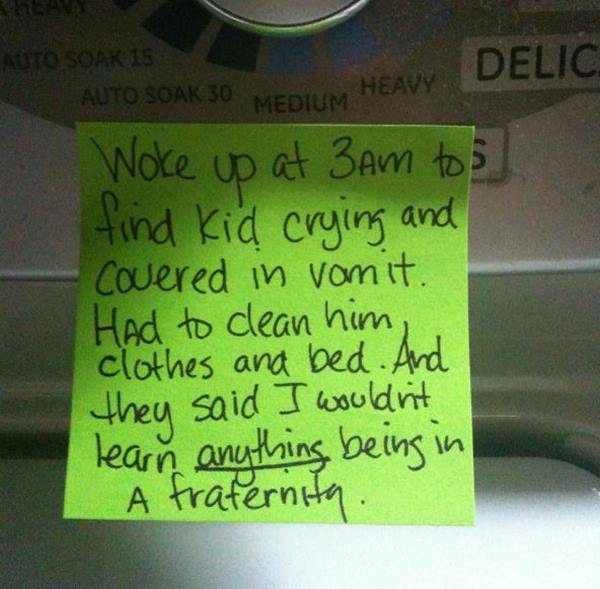 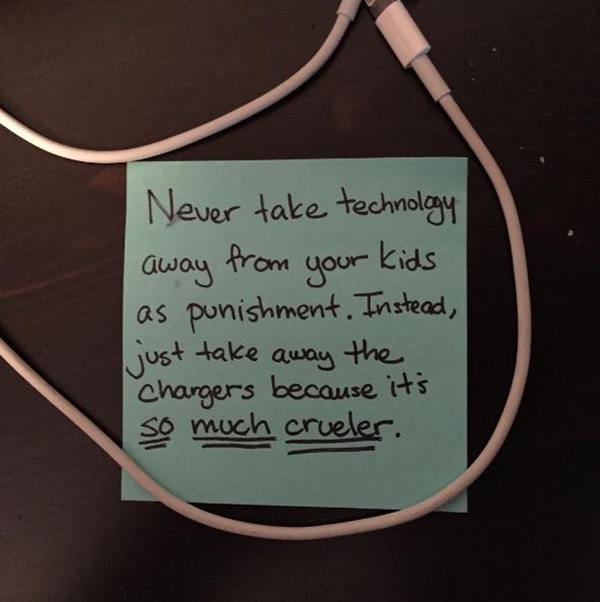 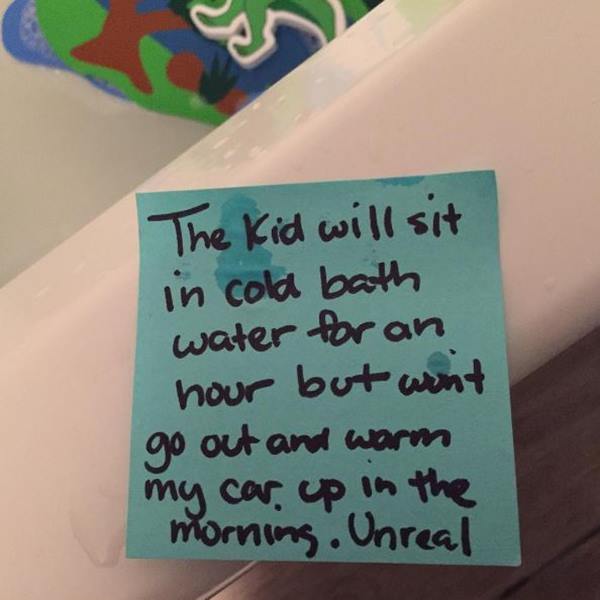 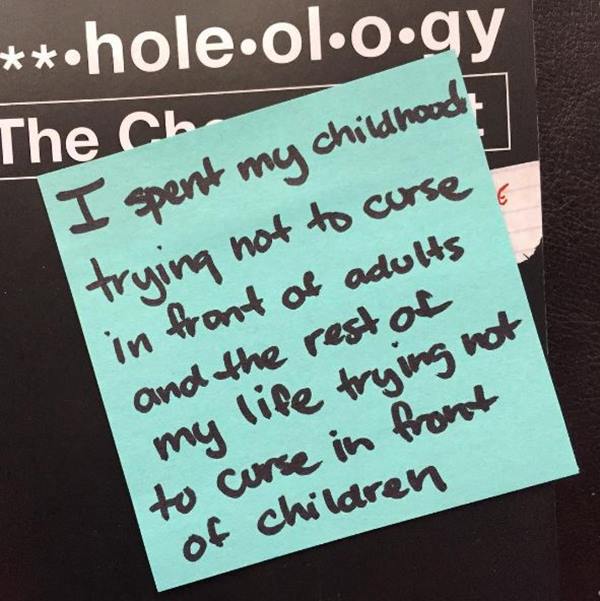 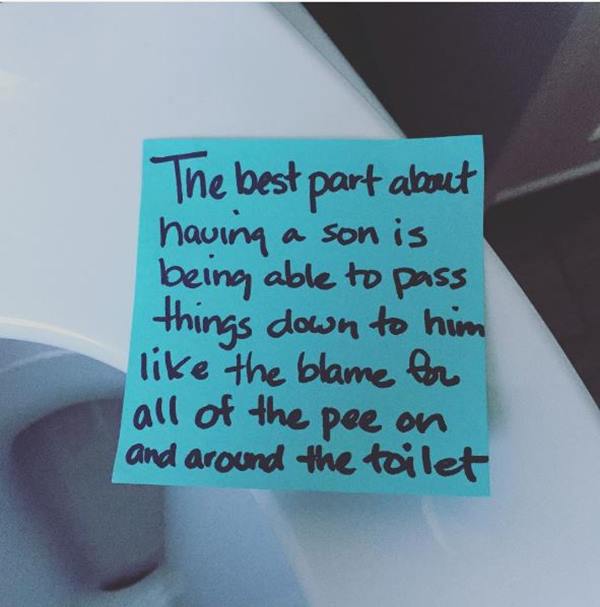 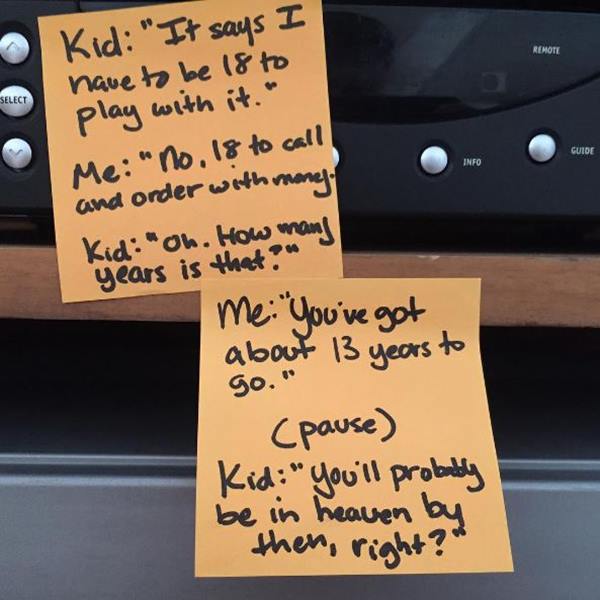 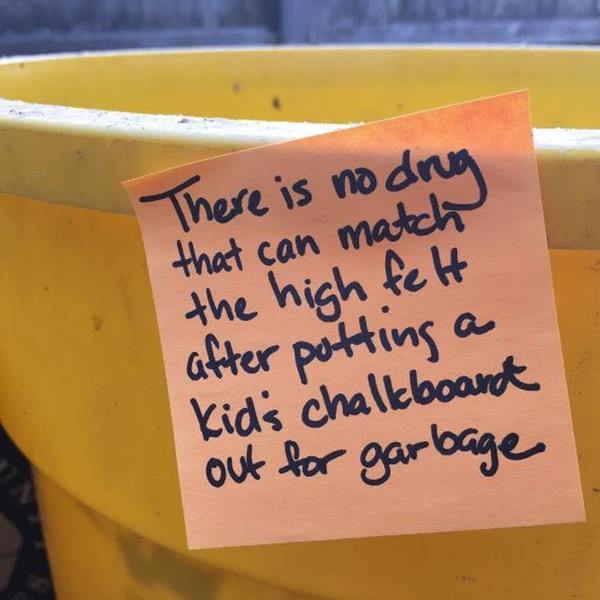 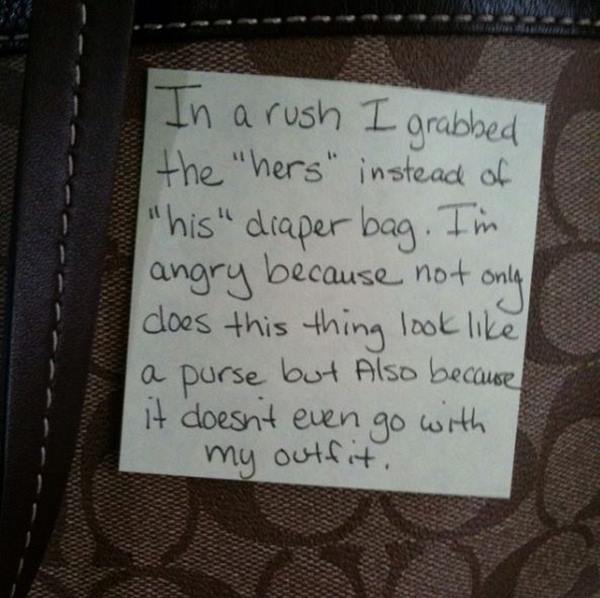 Illuminati, 39, has a son, 7-year-old Evan, and daughter, 4-year-old Lila, with his wife of nine years, Libby Illuminati.

Illuminati said he decided to quit his job at a content editor for a group of newspapers in Pennsylvania when their first child was born in 2010.

"We realized how ridiculously expensive day care is, and I said, 'Why not do it myself, and I can still write on the side?'" he said.

Soon he got into the habit of using Post-it notes for reminders of easy tasks and leaving them around the house to make his wife laugh.

An early note read, "Don't forget to feed the baby."

Seven years later, Illuminati uses the Post-it jokes to foster a parenting community on his website, "Message With a Bottle."

"We tend to forget as parents that we're going through something in the moment that 5 million other parents did too," he explained. "It's kind of like we all share in each other's pain, misery, joy - there's just a familiarity to it."

And yes, his wife still finds the notes funny.

"She's always been one of my biggest supporters," he said.

ABC News contributed to this article.