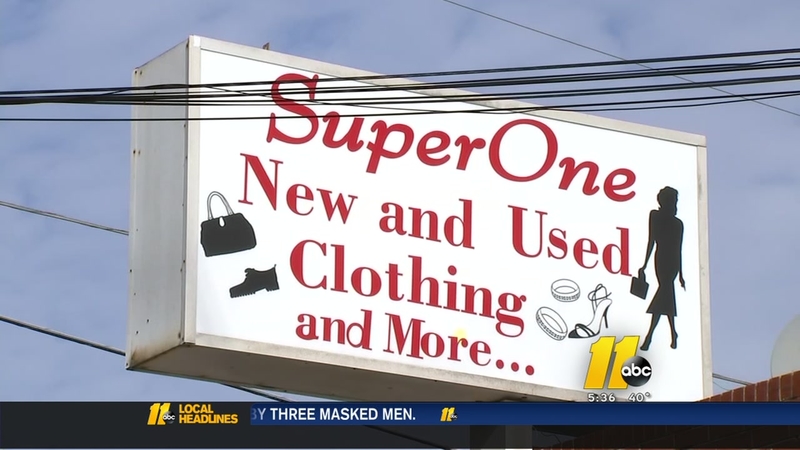 CUMBERLAND CO. (WTVD) -- A Spring Lake businessman is behind bars after accepting a special delivery...20 pounds of pot.

Cumberland County Sheriff's Deputies say 59-year-old Elvis Lovell signed for the package when it was delivered, not by UPS or Fed-Ex but narcotics officers.

According to the Sheriff's Office, Fayetteville Police were alerted to the suspicious package. From there, CCSO's narcotics division set up an undercover sting. An undercover officer, dressed as a common courier, delivered the package to the Super One Boutique in Spring Lake. Elvis Lovell admitted to the detective that he was anticipating the package and was quickly taken into custody.

Authorities say the 59 year-old planned to sell the marijuana from his downtown Spring Lake business.

Neighboring business owners were shocked but knew something wasn't right given the suspicious foot traffic.

"Did you say 20 pounds? And that makes me very uncomfortable because you know we see this place as a place where we live. I live about a rock throw from here and we certainly don't want that type of activity in our community and especially near a financial services center. Someone might think we're a part of it," said Zee Farrow, Owner of Trimerica Financial Center.

Lovell is charged with trafficking marijuana and maintaining a business for the intent to distribute drugs. Authorities are thankful the Christmas delivery didn't make it any farther.

"It's great that law enforcement and intercept this and keep this from getting to the street there's a lot more out there that we would like to get in it's a fight that will keep on fighting," said Lt. Sean Swain, Cumberland County Sheriff's Office.