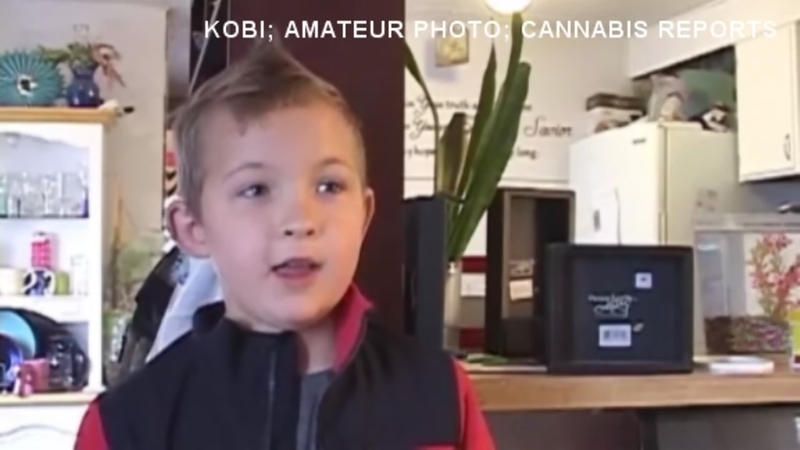 KLAMATH FALLS, Ore. -- An Oregon boy was hospitalized after he ate a cookie laced with medical marijuana that he found while playing outside.

The 8-year-old said he felt like he was "vibrating up and down," adding to local station KOBI, "Everything looked like it wasn't real."

Jackson Hart said he found the wrapped cookie while playing at a rock quarry. He started to feel sick a few hours later.

Jessica said she took her son to the hospital after seeing the wrapper that said the cookie contained medical marijuana.

"The amount that comes in a cookie is two doses for an adult - that's enough to hospitalize a child," she explained.

Jackson was in the hospital five hours as doctors monitored his rapid pulse and heart rate. Jackson is expected to be OK and he has learned a lesson. He said, "Never eat a cookie that you find on the ground."