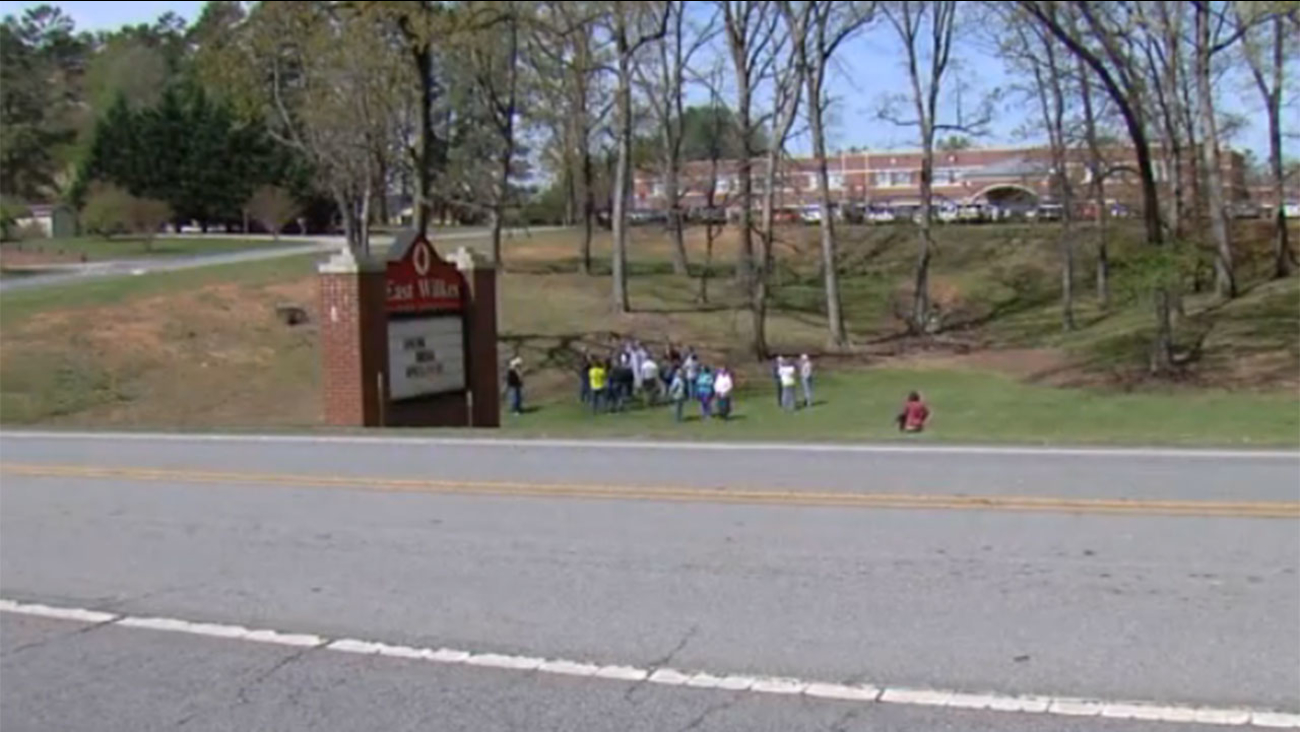 RONDA, N.C -- On a day where thousands of people nationwide stayed silent in support of the LGBT community, another group gathered outside a North Carolina school for a prayer vigil in response.

About 100 people joined in, on the outskirts of the East Wilkes High School campus in Ronda, including students from the school.

"A gang of youth that walked out of class, walked out of school, to show their support and to show their love of their God," said Curtis Ponder, pastor of the Maple Springs Baptist Church in Ronda. "If they can press up on the young people in our schools to be quiet and be silenced for a whole day of school, surely to God, we as God's people can lift up our voices to an almighty God."

The discussion and prayer continued for about 15 minutes, with Ponder saying that was the amount of time allotted to the students by East Wilkes Principal Jodi Weatherman.

"My heart and my intentions of being here today is not controversial, it's not a show of anything mean, anything lewd," Ponder said.

At its conclusion, WGHP spoke with some of the students as they readied to return to class.

Barker added that there is a "bit of tension" between LGBT students and other students in the school.

Others added that there are disagreements, but also healthy discussion.

"We've got slammed for hating on homosexuals and that's not true, God loves everyone," said freshman Ben Calloway, of the Christian community. "We think homosexuality is wrong, which in our beliefs, it is. But, it's not the people, it's the lifestyle."

"If they look in the word of God, they'll see that it's just wrong," said senior Daniel Leos. "God did not design for a man to be with a man or a woman to be with a woman."

"I hope it don't just stop here. I hope it hits every school," said Tony Call, an adult who joined the vigil. "You can't force something that's wrong on somebody just because you think it's your right."

WGHP reported that it made multiple phone calls to both Principal Weatherman and Wilkes County School Superintendent Mark Byrd, to ask if they approved of the students leaving school to participate, and if they would do the same for a pro-LGBT rally, but have not received a response.

The town of Ronda is about 150 miles west of Raleigh.