The president also commuted the sentences of 75 others for nonviolent, drug-related convictions.
AP
By AAMER MADHANI Associated Press 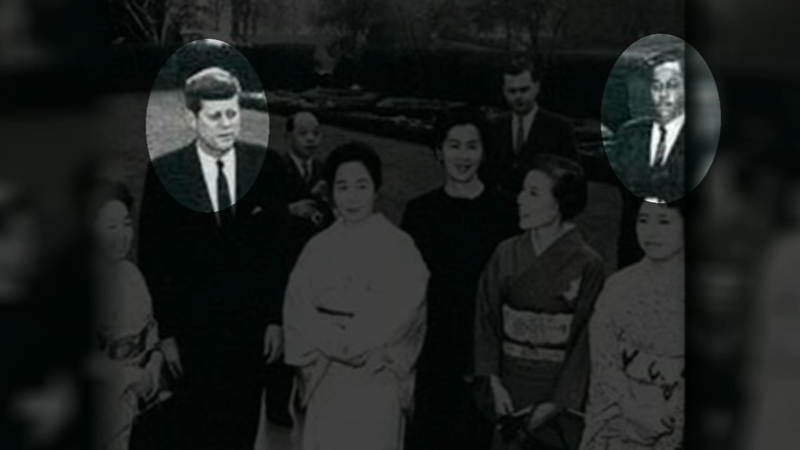 WASHINGTON -- President Joe Biden has granted the first three pardons of his term, providing clemency to a Kennedy-era Secret Service agent convicted of bribery for trying to sell a copy of an agency file and to two people who were convicted on drug-related charges but went on to become pillars in their communities.

The Democratic president also commuted the sentences of 75 others for nonviolent, drug-related convictions. The White House announced the clemencies Tuesday as it launched a series of job training and reentry programs for those in prison or recently released.

Many of those who received commutations have been serving their sentences on home confinement during the COVID-19 pandemic. Several were serving lengthy sentences and would have received lesser terms had they been convicted today for the same offenses as a result of the 2018 bipartisan sentencing reform ushered into law by the Trump administration.

"America is a nation of laws and second chances, redemption, and rehabilitation," Biden said in a statement announcing the clemencies. "Elected officials on both sides of the aisle, faith leaders, civil rights advocates, and law enforcement leaders agree that our criminal justice system can and should reflect these core values that enable safer and stronger communities."

Those granted pardons are:

His time at the agency included awards for arresting suspected counterfeiters. He also witnessed a pattern of dereliction of duty in many fellow agents protecting the president, including drinking on the job.

"The first thing they did when we arrived in Hyannisport, Massachusetts was went out and got bottles of liquor and cases of beer, and that was basically breakfast and dinner," Bolden said.

When President Kennedy was assassinated on November 22, 1963, Bolden took it personally.

"We were not doing our best job," Bolden said. "We caused a lot of harm to the nation to the American people."

He said his conscience drove him to speak out about missed opportunities to prevent the tragedy - and he sought to speak to the Warren Commission, the assassination inquiry. He also told the head of the Secret Service about his worries for JFK.

But by the following May, authorities accused him of attempting to sell a government file to Joseph Spagnoli Jr. in exchange for $50,000. The file was evidence for a case in which Spagnoli was named as the head of a counterfeiting ring.

"I think that by me being outspoken in challenging the Warren commission report, I think that delayed my pardon significantly," Bolden said.

Bolden's case went to trial twice, with a hung jury the first time and a conviction the second time, based on what historians later called "weak evidence."

"You can either let the incarceration become a part of you or you can conquer it," Bolden said .

Abraham Bolden said he used his six years in federal prison to "find himself." After his release, he worked in the tool and dye business, raised a family, wrote many books about the power of the truth-
and never wavered in his duty to protect

Bolden said he hopes young people will see his pardon as a reason to believe in the power of principles, and bring to reality the America John F. Kennedy stood for.

- Betty Jo Bogans, 51, was convicted in 1998 of possession with intent to distribute crack cocaine in Texas after attempting to transport drugs for her boyfriend and his accomplice. Bogans, a single mother with no prior record, received a seven-year sentence. In the years since her release from prison, Bogans has held consistent employment, even while undergoing cancer treatment, and has raised a son.

- Dexter Jackson , 52, of Athens, Georgia, was convicted in 2002 for using his pool hall to facilitate the trafficking of marijuana. Jackson pleaded guilty and acknowledged he allowed his business to be used by marijuana dealers.

After Jackson was released from prison, he converted his business into a cellphone repair service that employs local high school students through a program that provides young adults with work experience. Jackson has built and renovated homes in his community, which has a shortage of affordable housing.

Civil rights and criminal justice reform groups have pushed the White House to commute sentences and work harder to reduce disparities in the criminal justice system. Biden's grants of clemency also come as the administration has faced congressional scrutiny over misconduct and the treatment of inmates in the beleaguered federal Bureau of Prisons, which is responsible for inmates serving sentences of home confinement.

Biden, as head of the Senate Judiciary Committee, helped shepherd through the 1994 crime bill that many criminal justice experts say contributed to harsh sentences and mass incarceration of Black people.

During his 2020 White House run, Biden vowed to reduce the number of people incarcerated in the U.S. and called for nonviolent drug offenders to be diverted to drug courts and treatment.

He also has pushed for better training for law enforcement and called for criminal justice system changes to address disparities that have led to minorities and the poor making up a disproportionate share of the nation's incarcerated population.

Biden's predecessor, Donald Trump, granted 143 pardons and clemency to 237 during his four years in office.

Trump sought the advice of prison reform advocate Alice Johnson, a Black woman whose life sentence for a nonviolent drug offense he commuted in 2018. He was also lobbied by celebrity Kim Kardashian as well as advisers inside the White House, including daughter Ivanka Trump and son-in-law Jared Kushner, as he weighed applications for clemency.

Prosecutors alleged that Bannon, who had yet to stand trial when he was pardoned, had duped thousands of donors who believed their money would be used to fulfill Trump's chief campaign promise to build a wall along the southern border. Instead, Bannon allegedly diverted more than $1 million, paying a salary to one campaign official and personal expenses for himself. Pirro was convicted in 2000 on tax charges.

With the slate of pardons and commutations announced Tuesday, Biden has issued more grants of clemency than any of the previous five presidents at this point in their terms, according to the White House.

In addition to the grants of clemency, Biden announced several new initiatives that are meant to help formerly incarcerated people gain employment - an issue that his administration is driving home as key to lowering crime rates and preventing recidivism.

The Labor Department is directing $140 million toward programs that offer job training, pre-apprenticeship programs, digital literacy training and pre-release and post-release career counseling and more for youth and incarcerated adults.

The $1 trillion infrastructure bill passed by Congress last year includes a trio of grant programs that the administration says promote hiring of formerly incarcerated individuals. And the Labor and Justice Departments announced on Tuesday a collaborative plan to provide $145 million over the next year on job skills training as well as individualized employment and reentry plans for people serving time in the Bureau of Prisons.

Biden said the new initiatives are vital to helping the more than 600,000 people released from prison each year get on stable ground.

"Helping those who served their time return to their families and become contributing members of their communities is one of the most effective ways to reduce recidivism and decrease crime," Biden said.