Trump says 'I feel much better,' but doctor says he's 'not yet out of the woods' amid COVID-19

In a Twitter post, President Trump said he is starting to feel good and thanked the public for their support as he remains hospitalized with COVID-19
WTVD 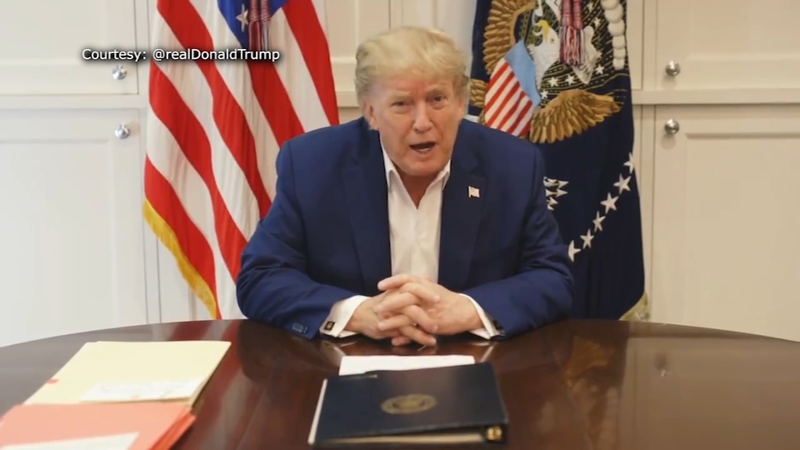 Coronavirus: Trump 'not yet out of the woods,' president's physician says

WASHINGTON -- President Donald Trump sent out a new video on Saturday saying he is starting to feel good and thanking the public for their support as he remains hospitalized with a positive COVID-19 diagnosis.

Trump said he "wasn't feeling so well" when he first checked into Walter Reed Medical Center on Friday.

Sources are reporting the president was administered oxygen at the White House before he was transported to the hospital.

"I came here, wasn't feeling so well. I feel much better now," Trump said in the video. "We're working hard to get me all the way back. I have to be back because we still have to make America great again."

Trump said he was given the option of remaining at the White House in isolation at the residence, but made the decision to go to the hospital.

"I think I'll be back soon. I look forward to finishing the campaign the way it was started and the way we've been doing."

White House Press Secretary Kayleigh McEnany released an update Saturday night from the president's physician, saying the team is "cautiously optimistic," but that the president is not yet out of the woods.

Trump received a second dose of Remdesivir "without complication" this evening, the doctor said.

The president's doctor reports Trump no longer has a fever and is not on supplemental oxygen, as of Saturday evening.

The president's oxygen saturation has been between 96 and 98 percent all day, the doctor said.

"President Trump continues to do well, having made substantial progress since diagnosis," the statement read.

Trump disclosed late Thursday that he and first lady Melania Trump had been diagnosed with COVID-19. That announcement followed the disclosure by top advisor Hope Hicks that she had tested positive for the virus. Since then a number of notable officials in the White House and political figures have announced a positive test for the virus.