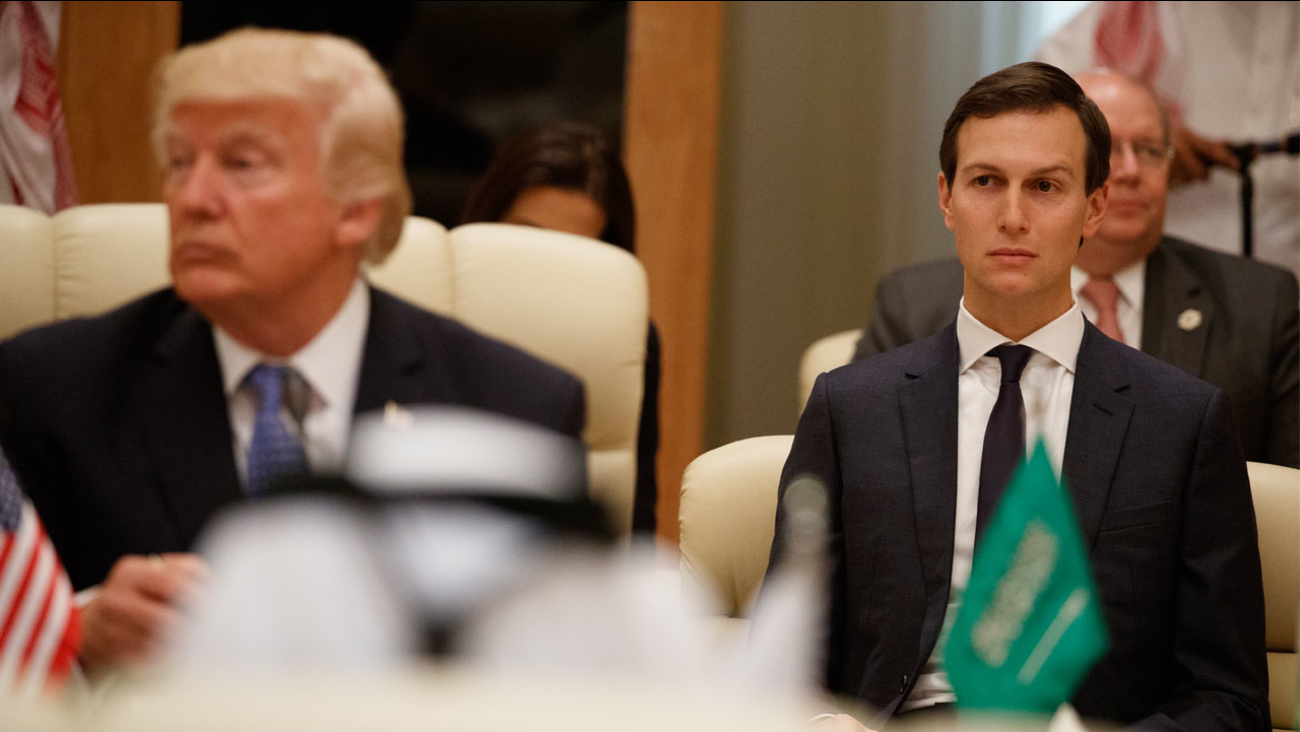 WASHINGTON -- Jared Kushner, President Donald Trump's son-in-law and a top White House adviser, proposed a secret back channel between the Kremlin and the Trump transition team during a December meeting with the Russian ambassador to the U.S., according to a source for The Associated Press.

Kushner spoke with Ambassador Sergey Kislyak about creating that line of communication to facilitate sensitive discussions aimed at exploring the incoming administration's options with Russia as it was developing its Syria policy, a person familiar with the discussions told The Associated Press.

The intent was to connect Trump's chief national security adviser at the time, Michael Flynn, with Russian military leaders, said this person, who wasn't authorized to publicly discuss private policy deliberations and spoke on condition of anonymity.

Russia, a pivotal player in Syria, has backed Syrian President Bashar Assad, often at the expense of civilians during a long civil war.

The White House did not acknowledge the meeting or Kushner's attendance until March. At the time, a White House official dismissed it as a brief courtesy meeting.

Back from a nine-day trip to the Middle East and Europe, Trump on Sunday immediately sought to dismiss recent news reports as "fake news."

"It is my opinion that many of the leaks coming out of the White House are fabricated lies," he tweeted. He added: "Whenever you see the words 'sources say' in the fake news media, and they don't mention names ... it is very possible that those sources don't exist but are made up by fake news writers."

Kushner's involvement in the proposed back channel was first reported by The Washington Post, which said he proposed using Russian diplomatic facilities for the discussions, apparently to make them more difficult to monitor. The newspaper cited anonymous U.S. officials who were briefed on intelligence reports on intercepted Russian communications.

The Post reported that Kislyak was taken aback by the suggestion of allowing an American to use Russian communications gear at its embassy or consulate - a proposal that would have carried security risks for Moscow as well as the Trump team.

According to the person familiar with the Kushner meeting, the Trump team eventually felt there was no need for a back channel once Rex Tillerson was confirmed as secretary of state, which took place Feb. 1. The team decided to communicate with Moscow through more official channels.

Flynn served briefly as Trump's national security adviser before being fired in February. Officials said he misled Vice President Mike Pence about whether he and the ambassador had discussed U.S. sanctions against Russia in a phone call.

Sally Yates, the former acting attorney general, told Congress this month that that deception left Flynn vulnerable to being blackmailed by the Russians. Flynn remains under federal investigation in Virginia over his foreign business ties. He was interviewed by the FBI in January about his contacts with Kislyak.

The disclosure of the back channel put White House advisers on the defensive Saturday, as Trump wrapped up his first foreign trip as president. Lawyers for Kushner said he was willing to talk with federal and congressional investigators about his foreign contacts and his work on the Trump campaign.

Meeting with reporters in Sicily, two Trump advisers refused to address the contents of Kushner's December meeting with the Russian diplomat. But they did not dismiss the idea that the administration would go outside normal U.S. government and diplomatic channels for communications with other countries.

Speaking generally, national security adviser H.R. McMaster said "we have back channel communications with a number of countries." He added: "It allows you to communicate in a discreet manner."

Kushner was a trusted Trump adviser last year, overseeing the campaign's digital strategy. He remains an influential confidant within the White House as does his wife, Ivanka Trump.

Reuters has reported that Kushner had at least three previously undisclosed contacts with Kislyak last year, including two phone calls between April and November. Kushner's attorney, Jamie Gorelick, told Reuters that Kushner "has no recollection of the calls as described."

Investigators are also interested in a meeting Kushner had with the Russian banker, Sergey Gorkov, according to reports from the Post and NBC News.

Federal investigators and several congressional committees are looking into any connections between Russia and the Trump campaign, including allegations that there may have been collaboration to help Trump and harm his Democratic opponent, Hillary Clinton.

The Senate Intelligence Committee, which is investigating Russia's meddling in the 2016 U.S. presidential election, has requested information and documents from Trump's campaign, the AP confirmed. The request from the committee arrived last week at campaign headquarters in New York, according to person familiar with the request who wasn't authorized to discuss the developments publicly and spoke on condition of anonymity.