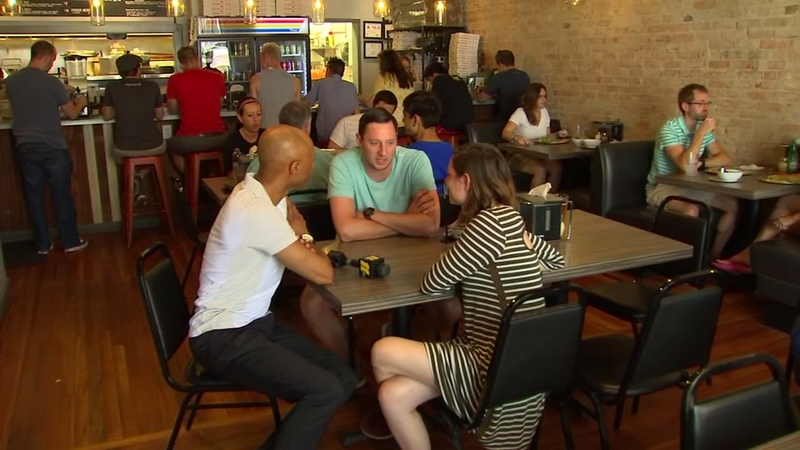 Voters in Durham give diverse views on issues important to them

DURHAM, N.C. (WTVD) -- With President Trump holding his campaign rally in North Carolina on Wednesday, ABC11 visited Pie Pushers Pizza in Durham to speak with Democrats, Republican, and Independents about issues that matter most to them ahead of the election.

"I think government should have less of a role in welfare and we should instead be focusing on churches and communities and other nonprofits, etc. to assist people in need," said 32-year-old Adam Meffered, a scientist who said he is an unaffiliated voter.

Chan Ng Cashin, 18, will be a first-time voter in 2020. He is concerned about Immigration.

"My grandparents emigrated here from the Philippines. America gave them an opportunity during that time to start their own life. I feel those opportunities are not offered as easy anymore. Whoever I vote for I would like for them to touch on that," he said.

Terry McCann, a Republican from Durham is also interested in Immigration.

"There's a legal way for anyone who wants to come here, to come here. I feel the way it's perpetuated on the news and other outlets that the Republican Party is against immigrants coming here. That's far from the truth," McCann said.

Melanie Fisher is a 28-year-old unaffiliated voter. She wants the next president to address her LGBTQ concerns.

"I just came out myself as a bisexual so I want to be more open and making sure that things happen, things are equal for all different types of people," she said.

April Williams is a mother of two and a grandmother of three from Person County. She's a registered Democrat.

"I would like them to focus on senior care. Senior healthcare. Senior benefits. Our seniors really need more attention," Williams said.

Entrepreneur Paul Davis is a Republican who voted for Trump in 2016.

"I feel strongly on the abortion side of things. I think that if there are any signs of life then a baby has a right to live their own life," Davis said.

None of the people we spoke said they have decided who they're voting for.