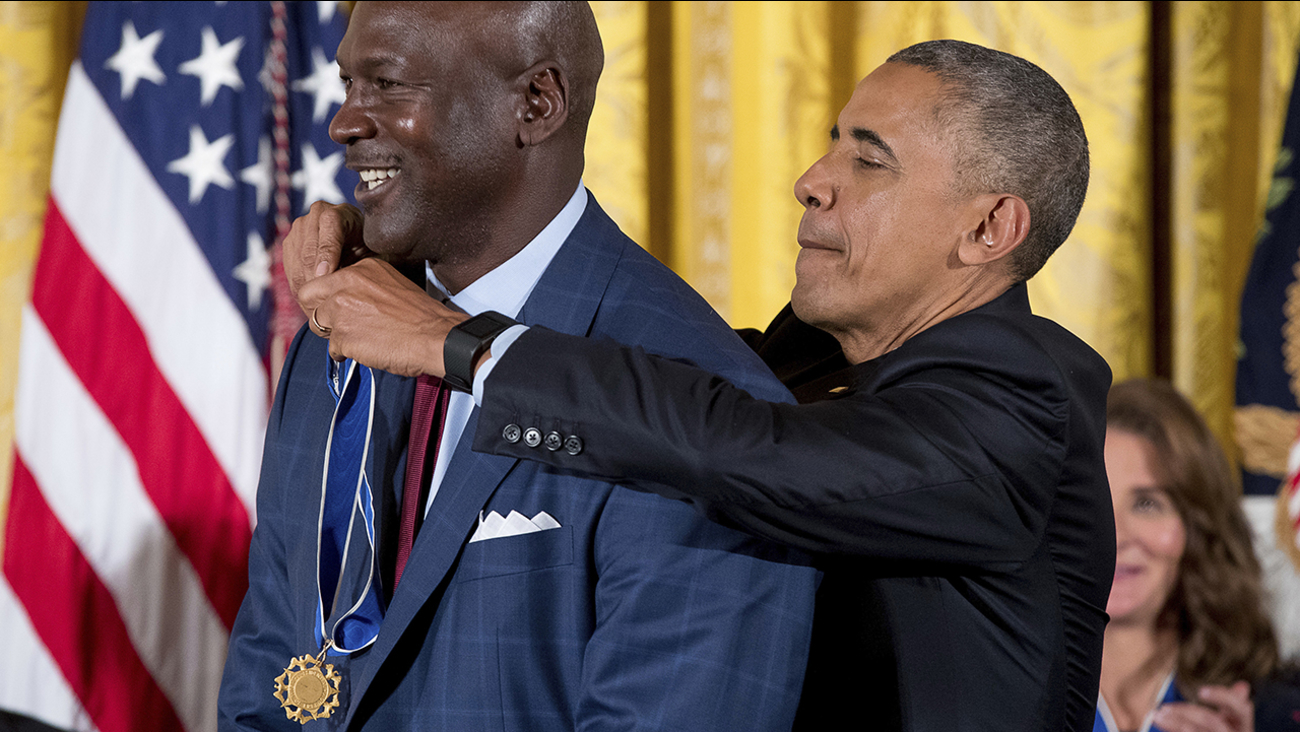 President Barack Obama reaches up to hang the Presidential Medal of Freedom around Michael Jordan's neck Tuesday at the White House. (Andrew Harnik)

WASHINGTON, DC (WTVD) -- Saying they had touched him in a powerful and personal way, President Barack Obama awarded the nation's highest civilian honor to 21 groundbreaking actors, musicians, athletes and others during a ceremony Tuesday at the White House.

"These are folks who have helped make me who I am," Obama said as the celebration concluded in the White House East Room.

Among those getting the Presidential Medal of Freedom were actors Tom Hanks, Robert De Niro, Robert Redford and Cicely Tyson.

Michael Jordan and Kareem Abdul-Jabbar, two of the best basketball players ever, were also among the honorees.

Michael Jordan was among recipients of the Presidential Medal of Freedom

Obama struck a humorous note early in the ceremony, alluding to Jordan as that character actor from 'Space Jam.' "

Kareem Abdul-Jabbar, Ellen DeGeneres and Bruce Springsteen were among this year's recipients of the award this year, the highest civilian honor that one can receive in the U.S.

Bruce Springsteen and Diana Ross were recognized for their music.

Presidential Medals of Freedom are seen on a table Tuesday prior to the start of the ceremony in the East Room of the White House.

They haven't let me in to the White House yet because I forgot my ID. #NotJoking#PresidentialMedalOfFreedom pic.twitter.com/sHocwqChKV