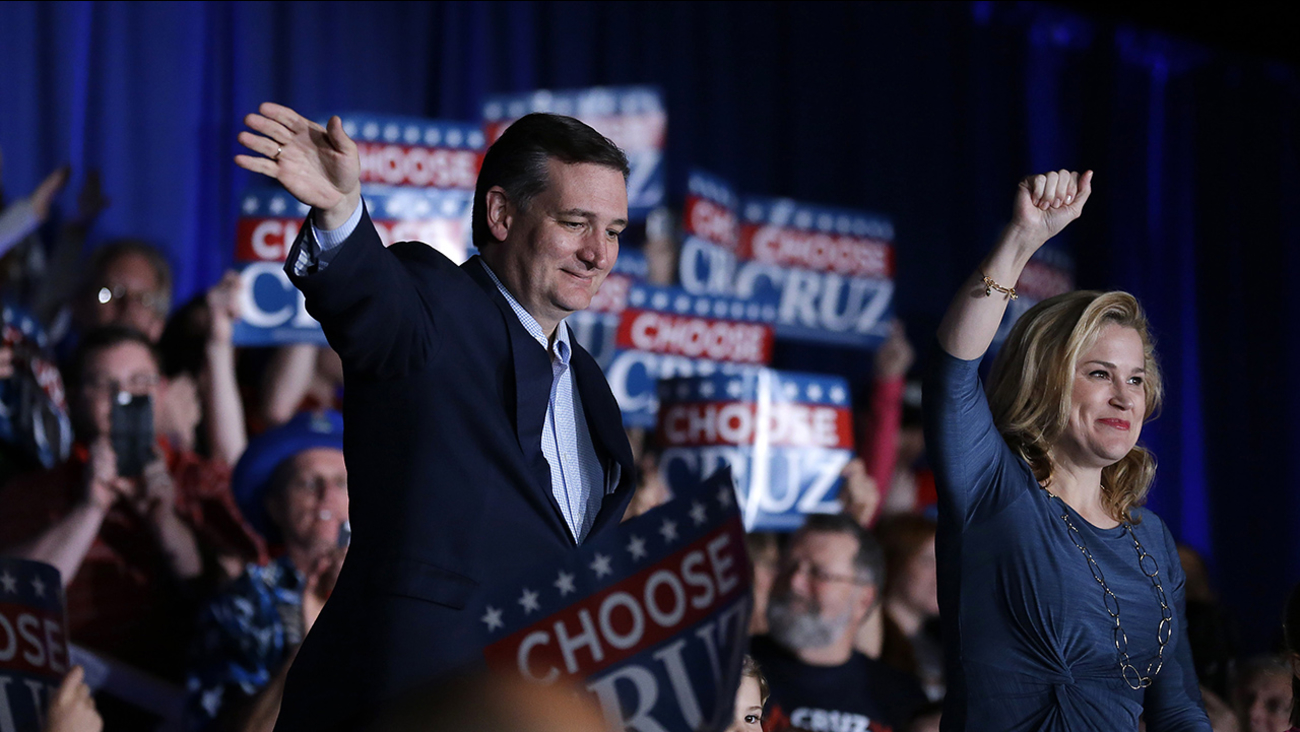 Ted Cruz, seen here Monday with wife, Heidi, told a somber crowd in Indianapolis on Tuesday that he was suspending his campaign. (Michael Conroy)

WASHINGTON (WTVD) -- Texas Sen. Ted Cruz abruptly ended his presidential campaign Tuesday night after falling to Donald Trump in Indiana's primary, a devastating loss that left him with no viable path to the Republican nomination. Trump, considered a fringe candidate a year ago, now is poised to represent Republicans in the fall presidential campaign.

"I've said I would continue on as long as there was a viable path to victory; tonight I'm sorry to say it appears that path has been foreclosed," Cruz told a somber crowd in Indianapolis.

Cruz campaigned aggressively in Indiana, but could not overcome Trump.

The billionaire businessman has stunned the Republican Party with his appeal to voters deeply frustrated with Washington and their own party's leaders.

Donald Trump has words of respect for Ted Cruz.

Trump still must win about 200 more delegates to clinch the nomination. But his victory in Indiana - where he picked up at least 45 of the state's 57 delegates - made it all but impossible for Cruz to block him from doing so.

Before Tuesday's results, Cruz had vowed to stay in the race through the final primaries in June, clinging to the possibility that Trump would fall short of the 1,237 delegates he needs and the race would go to a contested convention.