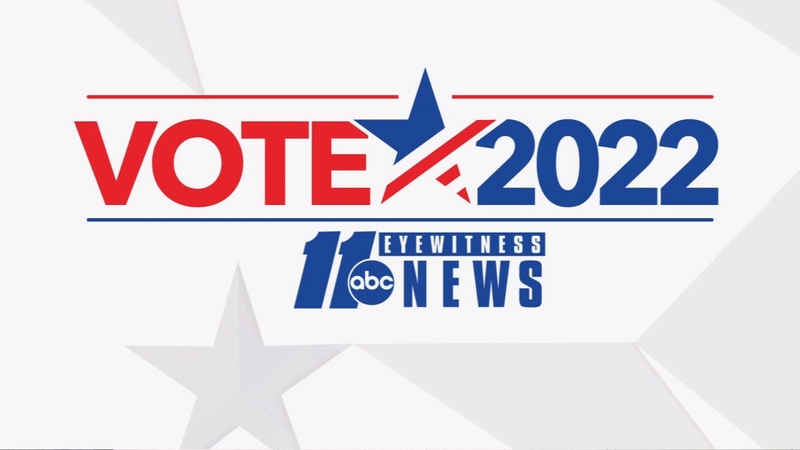 RALEIGH, N.C. (WTVD) -- Polls have closed in North Carolina after a day of voting from the shores of the Outer Banks to the peak of the Appalachian Mountains.

Before a single vote was cast Tuesday, nearly 600,000 North Carolinians utilized in-person early voting to select their favorite candidates. Of those, 290,233 were Democratic ballots, 284,572 were Republican ballots and 1,480 were nonpartisan ballots. Mail-in voting is also allowed, but all ballots had to be postmarked before polls closed Tuesday and must arrive at the Board of Elections before 5 p.m. May 20 in order to be counted.

Remember, this is a primary election. That means the races are between candidates of the same party vying to be their party's representative on the ticket in November.

Primary elections are typically not as closely followed or hyped up as other elections, but that's not the case this year in North Carolina. Lots of money is pouring into the state for several key races.

U.S. Senate: Democrats and Republicans are laser-focused on who will replace outgoing Sen. Richard Burr. Cheri Beasley and Ted Budd have been projected as the winners in this race.

U.S. House District 1: Erica Smith, who pulled out of the Senate race to compete in this primary has conceded to Donald Davis. Davis will run in teh November election to replace outgoing Rep. G. K. Butterfield. This district leans Democrat so the winner of this primary is expected to win the election against the GOP candidate that wins the primary.

I’ve called @DonDavisNC & congratulated him on securing the Democratic nomination. I want to thank my family, friends, supporters, and team. There’s no group of people I’d rather be in this fight with.

Elections are won and lost, but movements are never stopped. 💙✊🏽

"From the bottom of my heart, I am truly honored and humbled that the voters of this district have chosen to put their faith in me. I am grateful that they have recognized my service to this community and that they trust me to continue serving them, in Congress. We face major challenges, from an attack on voting rights and reproductive rights to the climate crisis and much more. We cannot afford to fight each other in these desperate times. That is why I refused to engage in the divisiveness during this campaign," Foushee said in a statement. ""I hope that my victory tonight will start a larger conversation about who we are as Democrats and send a signal to others that you can be both progressive and pragmatic. We, as a party, must embrace that. I am eager to serve and deliver for the people of the Fourth district and address the big challenges we face as a country."

U.S. House District 13: This was Rep. Ted Budd's seat, but he is leaving it to run for Senate. A lot of money poured in for this race. As of Tuesday morning, Bo Hines is the projected winner over DeVan Barbour, Kelly Daughtry and Kent Keirsey. Wiley Nickel easily won the Democratic primary in this district.

District attorneys in both Wake and Durham counties face primary challengers this year.

In Wake County, incumbent DA Lorrin Freeman withstood a challenge from Damon Chetson and will serve another four years.

"I congratulate Lorrin Freeman on her success tonight," Chetson said. "While District Attorney Freeman and I have our differences on policy, she has the experience and commitment to public service that is essential for Wake County."