Historic or not, some in Princeville welcome a buyout 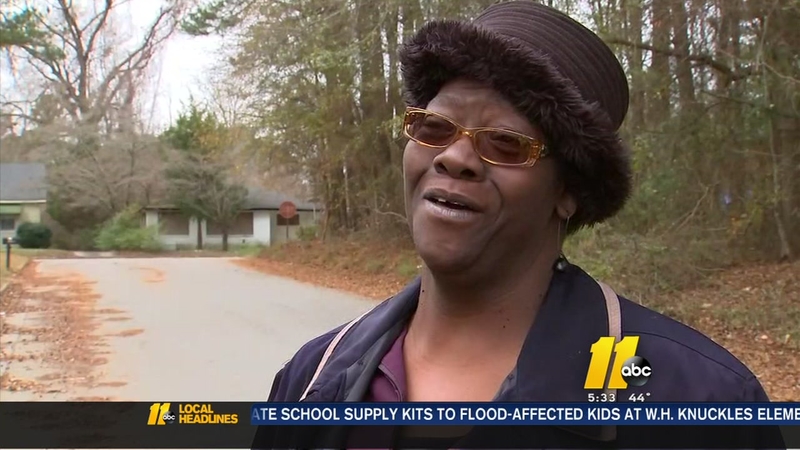 Some in Princeville are ready to pack up and move

PRINCEVILLE, North Carolina (WTVD) -- An estimated 40 Princeville residents are interested in taking a federal buyout. ABC11 met two of them Tuesday who said they've had enough of the mold, mildew and damage that lingers after each rain and flood event -- starting with Hurricane Floyd to this year's Hurricane Matthew.

Sisters Isabelle Andrews and JoAnn Bellamy say they are over it.

"I'm not going to go through it a third time." Andrews said.

Her home is condemned after the storm soaked her furniture and possessions.

Since the aftermath of Hurricane Matthew in October, Andrews began living with relatives but now, in a FEMA hotel. Bellamy is living with their brother in Tarboro.

The sisters hope to get approval for a federal buyout - after Princeville town leaders approved the option in a 2 to 1 vote Monday night.

Through FEMA's Hazard Mitigation Grant Program, qualified residents can choose to potentially raise the height of their homes, rebuild, or buyout.

Critics of the buyout say it will hinder growth and tarnish the town's legacy.

Bellamy's family heritage in Princeville begins in 1985 when her uncle gave her father the land where her home sits. She is willing to say goodbye to it.

"They can put a sign (on the land) that says the Purvis family. I know where I came from. I'm blessed and thankful for what they have done. But my health. It's not healthy staying here." Bellamy said.

The process to move on will take 18 to 20 months. According to FEMA, North Carolina will receive a percentage of an estimated $850 million in disaster relief.

That percentage will go toward FEMA's Hazard Mitigation Grant Program to be dispersed among affected counties.

Counties have until March 2017 to formally apply for the grant.

After that, the state's emergency managers will decide what properties are eligible.

Next, counties will appraise the value of the qualified properties before the flood and make an offer to the homeowner.

The State will be offering workshops to educate county leaders about the application process in getting the grant.