RALEIGH, N.C. (WTVD) -- Pullen Park's Holiday Express is one of the most sought after tickets in the Triangle. This year, tickets to the December event sold out in less than 30 minutes. If you're still trying to get tickets to the event, you should watch out for scammers selling fake tickets.

Fuquay Varina mom Kelly Smith is part of a Facebook group where people post tickets for sale to the Holiday Express. She was looking for tickets to take her family and said she was contacted by a man who claimed he had extra tickets to sell. They messaged back and forth, and Smith agreed to pay for the tickets via a money app. She was sent tickets that appeared to be from Eventbrite, but once Smith shared the tickets with Pullen Park representatives, she learned they were fakes.

Smith said the ticket scammer, "created his own Eventbrite event and used details to make the PDFs print to look exactly like the official parks department event. I know of at least eight other moms this has happened to as well." 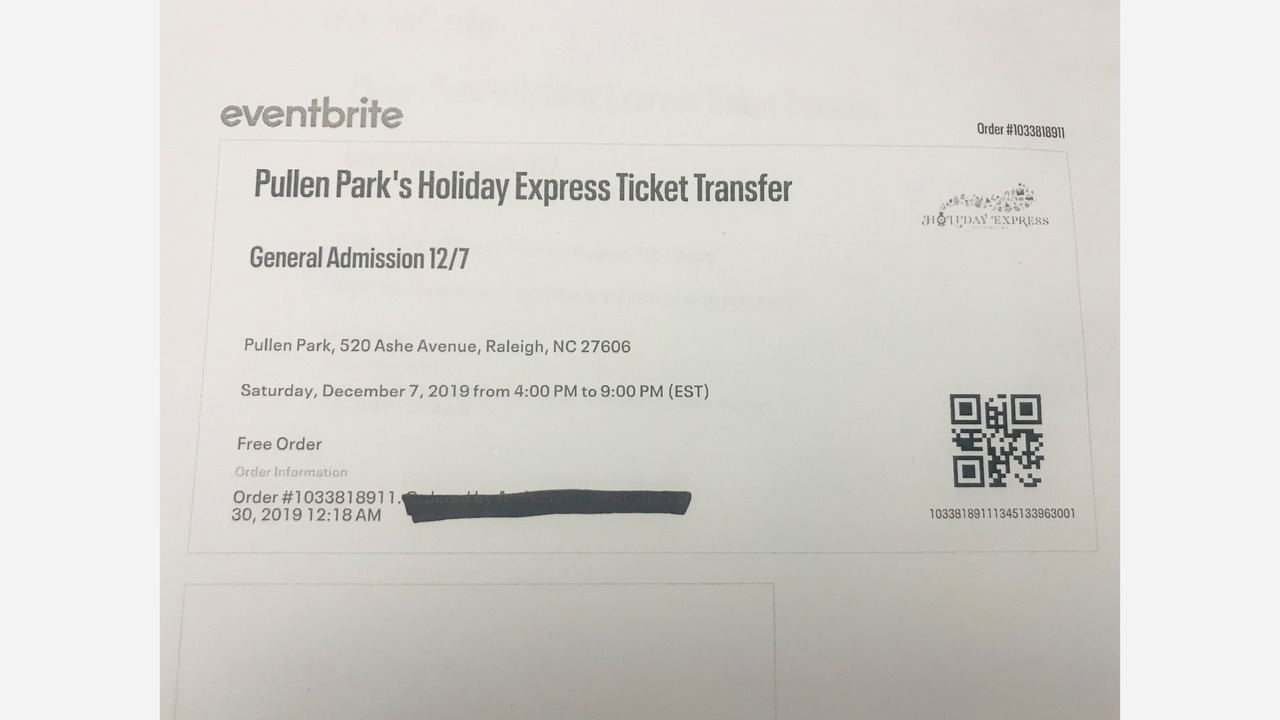 Raleigh Police said they are investigating. No charges have been filed. Anyone who believes they may be a victim can contact the Raleigh Police Department.

If you have any questions regarding the validity of Holly Express tickets, contact Pullen Park Amusements at (919) 996-6468 or via email at holidayexpress@raleighnc.gov.

Use extreme caution when buying tickets online. It's very easy for scammers to make fake tickets. Ask the seller to send you a photo of the ticket before you send any money. In this case, a clear sign the tickets are fake is the date on the tickets is well after the real tickets sold out.