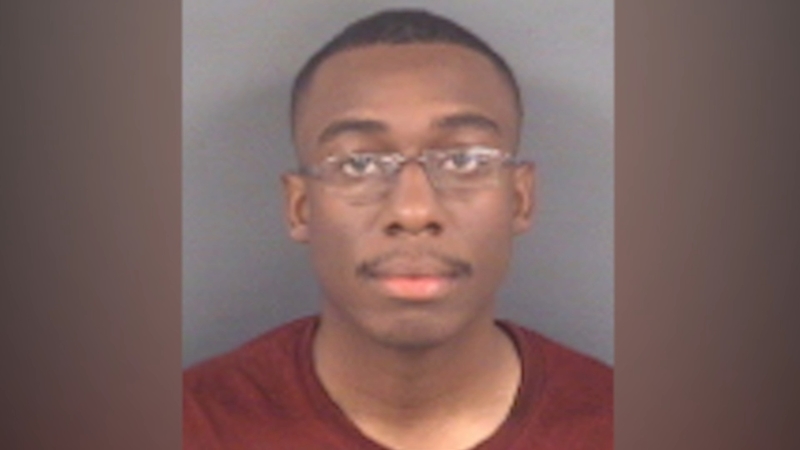 SPRING LAKE, N.C. (WTVD) -- Two men are accused of locking a puppy in a cage for nearly a month without food or water.

Apartment managers in Spring Lake found a dead black lab mix inside a cage on Dec. 27.

"Officers found just trash and feces around the apartment. The puppy was locked inside of a small plastic crate by the door of the apartment," said Cumberland County Animal Control Director Elaine Smith.

Veterinarians determined the dog died between 18 and 48 hours before it was found. The dog had been dehydrated and starved and weighed only 7 pounds.

Investigators determined the dog belonged to Demareo Jones and Sha'Ron Rogers, both 21 years old. Jones is a Fort Bragg soldier.

The two had lived in the apartment complex until Dec. 5.

Spring Lake Police Department said both men were aware that the puppy, which was between 12 and 16 weeks old, was caged up in the apartment. Neither men went back to the apartment to check on it or take care of it, police said.

An employee with the realty group that managed their apartment complex said the men did not tell property managers they moved out. Neighbors said they complained about the constant barking in the home.

According to police records, both men told police that they were too busy with personal issues to see if the other one had gotten the dog.

"There are local rescue groups and even a no-kill animal shelter," Smith said. "If they have no other options, they can always contact us Cumberland County Animal Control. We will take the animal."

Jones was arrested Feb. 3 on charges of killing an animal via starvation and abandoning an animal.

"It's completely unnecessary," Smith said. "There are plenty of people who would have taken that puppy in and cared for it. Loved it. It didn't deserve that ending.'

Police are still looking for Rogers and he has not been arrested at this time.