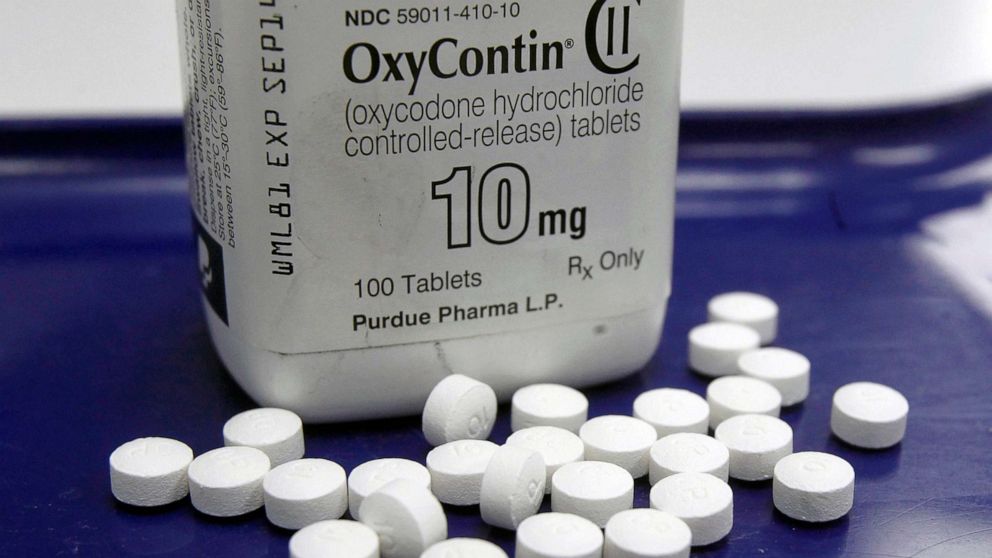 Purdue Pharma, the makers of the highly addictive painkiller OxyContin, filed for Chapter 11 bankruptcy Sunday as part of an agreement for settling a myriad of lawsuits it faces over the nation's opioid crisis.

The agreement is expected to provide over $10 billion to "address the opioid crisis," the company said in a statement.

The bankruptcy filing is also part of the framework for settling lawsuits the company faces from 24 state attorneys general, the company added. As part of the settlement -- which is pending court approvals -- the Sackler family must contribute a minimum of $3 billion in addition to their pharmaceutical company.

"This unique framework for a comprehensive resolution will dedicate all of the assets and resources of Purdue for the benefit of the American public," Steve Miller, the chairman of Purdue's board of directors said in a statement.

"This settlement framework avoids wasting hundreds of millions of dollars and years on protracted litigation, and instead will provide billions of dollars and critical resources to communities across the country trying to cope with the opioid crisis," he added. "We will continue to work with state attorneys general and other plaintiff representatives to finalize and implement this agreement as quickly as possible."

The Sackler family, some members of whom founded and own Purdue Pharma, released a statement regarding the bankruptcy and settlement agreement, which they dub a "historic step towards providing critical resources that address a tragic public health situation."

"Like families across America, we have deep compassion for the victims of the opioid crisis and believe the settlement framework -- now supported by the attorneys general of 29 states and territories and the plaintiffs' steering committee representing thousands of municipalities--is an historic step towards providing critical resources that address a tragic public health situation," the statement reads. "It is our hope the bankruptcy reorganization process that is now underway will end our ownership of Purdue and ensure its assets are dedicated for the public benefit. This process will also bring the thousands of claims into a single, efficient forum where the settlement can be finalized, reviewed by the bankruptcy court to ensure it is fair and just and then implemented."

It continued: "We are hopeful that in time, those parties who are not yet supportive will ultimately shift their focus to the critical resources that the settlement provides to people and problems that need them. We intend to work constructively with all parties as we try to implement this settlement."

Lawyers who have been representing more than 2,000 communities in the civil suit against Purdue Pharma said in a statement, "In anticipation of Purdue's bankruptcy filing, we worked together with county, city, state, and territory government representatives to negotiate a structure to be approved by a bankruptcy court."

"As a result of these collaborative efforts, and unlike other bankruptcies that tie up company revenues, the bankruptcy filing will not prevent us from finalizing an agreement with Purdue to bring opioid recovery resources into the communities we represent," attorneys Paul J. Hanly Jr., Paul T. Farrell Jr., and Joe Rice, the executive committee co-leads from the National Prescription Opiate Litigation, added in a statement.

When news of the tentative settlement was announced last week, however, many state attorneys vowed to keep fighting the makers of OxyContin, the painkiller that many blame for fueling the nationwide opioid epidemic.